Innovation and Excuses: They Go Hand in Hand 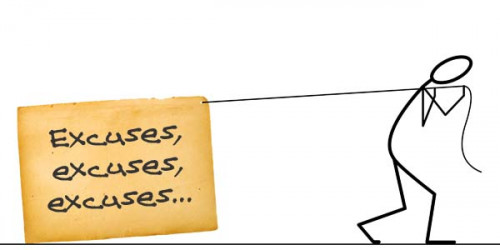 Overall, as an industry, I think we have trouble innovating. Let’s be clear, I’m not talking about our desire and ability to test. We love testing. We love setting up objectives, stating hypotheses and looking at things from a statistically valid perspective. Most of those tests are tactical, and when it comes to really moving the marble, those won’t work.

What I’m talking about is strategy innovation, audience innovation or even brand-wide offer innovation. Things that cause the greatest discomfort but will also separate your brand from the pack. Ideas that are about breaking away and accomplishing something more than a 5 percent increase in budget, etc.

With all this said, it is not something that is only a problem for nonprofits. However, I think some of the core reasons for a lack of innovation are amplified within nonprofits.

A 2016 study identified some data points around innovation. Here are a few of them, and I’m going to pick them a part because I think these are just excuses. Ever heard of the “five whys” test? When someone answers a question, the next question is “why?” Studies say that once you have gone five layers deep, you will actually have the real answer.

• More than 35 percent of CFOs said the lack of new ideas was the greatest barrier to their companies being more innovative. Wait a minute—doesn’t this sound like an obvious statement? We are not as innovative because we don’t have innovative ideas. I’m not even sure this answer is even an answer. As far as I’m concerned, the stat above doesn’t tell us anything about why companies aren’t more innovative, and definitely deserves more probing.

• Sixty-six percent of business leaders don’t have well-defined innovation strategies. Once again, the question of "why" should immediately be in play here. When I think of something not being “well defined” at the strategic level, this is a red flag that the top doesn’t support innovation or think it has value. Perhaps an idea was followed into a rabbit hole previously, and this has caused some caution. But either way, if something is not well defined, this means that no one is being held accountable or this is not on the priority list for leadership. This is a key problem. It can be as simple as the executive(s) stating that a plan must be put in place by a specific date. But, the key is to define the purpose. Is an innovative approach being designed to solve a company problem, grow a current metric, refocus the company in a new direction, etc.? Innovation just to say you are “innovative” is a wasted exercise.

• Lack of time and people is the No. 1 barrier to innovation. Now we are getting somewhere. But, if leadership and other staff don’t have time for innovation then that implies (in my opinion) that either the company is so successful there is no need for innovation, or the top leadership doesn’t see the value in “change” for future success. In other words, it’s not that people don’t have time to do it, it just has not been identified as a priority for success in a team or the company overall. Where a team spends their time is driven by priorities. If we know that innovation is a critical part of future success, shouldn’t it be a priority naturally?

• Seventy-six percent of IT decision-makers say the biggest challenge they face in their innovation programs is budget constraints. This is actually an interesting answer, because budget constraints are real in every business. However, this could be a sign that the expectation of an innovation program is that it should pay for itself within a single fiscal year. That’s just not realistic. The current company strategy and approach were not built in 12 months and perfected in that same time period. This sounds a lot like an R&D budget, and those typically have different expectations and ROI timelines. Don’t fall into the trap of trying to build success or create change overnight.

I might be harsh in some of my statements above, but I just feel that no matter what industry you are in, we’ve got to get underneath our excuses and ask the real questions about what is keeping us from breaking out and taking our brand to the next level.


Angie is ridiculously passionate about EVERYTHING she’s involved in — including the future and success of our nonprofit industry.

Succession Planning: Mitigate the Burn for When the Torch Is Passed

What Nonprofit Leaders Should Say to Employees to Help Them Grow

Sustain Your Mission, Focus On Your Strategic Plan