Why I Care About Your Cause, But Don’t Donate

“So much of the general population has this condition. I know that we’ll be able to get a huge percentage activated to fundraise.”

Thus, begins the path to your personal fundraising hell, begat when you first told your chief development officer what you thought could happen.

My father, Jack Fulton, died four years ago due to complications from Parkinson’s disease. During the last five years of his life, I was his primary support system, taking him to and from doctor’s appointments, coordinating registered nurse visits, going to the grocery store and helping him with all the other necessities, so that he could live in his home.

I became a self-educated lay expert on Parkinsonism. I know firsthand what a struggle it is to care for someone with the disease. After all that, my involvement with nonprofits that deal with the disease has been—zero. Never attended a fundraiser, never donated a dollar.

Psychologists talk about “attitude importance,” the extent to which people attach significance to their attitude and care about it. People who acquire certain attitudes about things from direct experience, rather than indirectly, through the media or other means, tend to have the highest attitude importance. That was me, caring for my father. Nonprofits expend lots of money to raise people’s levels of attitude importance about their causes.

Still, there are lots of people like me that come into contact with a disease or social need, but never take action. How can we explain my lack of involvement? 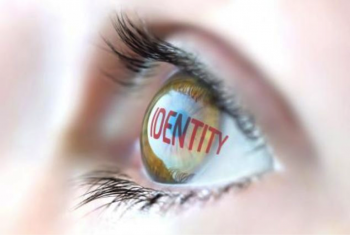 Despite all my experiences, I never saw myself as someone who supported the effort to cure Parkinson’s. I never had a connection to any organization, like the Michael J. Fox Foundation. No one tried to develop a “donor identity” in me, so I never donated. I received information from Michael J. Fox, the National Parkinson Foundation and others. It described new treatments, new research. Why didn’t all this information spur me to action?

Donor Love: 5 Things to Do (and 1 Definitely Not to Do), According to Shakespeare