November 2, 2009Men and Women Equally Likely to Include Charity in Estate Plans

INDIANAPOLIS, November 2, 2009 — Gender does not generally predict whether someone who donates to charity is likely to leave a charitable bequest in his or her will, according to a study released today by the Center on Philanthropy at Indiana University.

MERRIAM, Kansas, October 2, 2009 — An estimated 800,000 people nationwide put on their jeans with Christina Applegate today to celebrate Lee National Denim Day, each donating at least $5 to help raise crucial funds for the fight against breast cancer. The event has been one of the largest single-day fundraisers for breast cancer, and today raised an estimated $4-$5 million for promising breast cancer research funded by the Women’s Cancer Programs of the Entertainment Industry Foundation (EIF), bringing the 14-year total to nearly $80 million.

KANSAS CITY, September 22, 2009 — The Ewing Marion Kauffman Foundation today announced the results of a new survey of American entrepreneurs showing that entrepreneurs and small businesses continue to struggle despite increasing optimism on Wall Street. One week before Federal Reserve Chairman Ben Bernanke made the statement that the recession is "very likely over," two-thirds of entrepreneurs reported that the economy is heading in the wrong direction.

I love, love, LOVE this comment we received from a reader who responded to Kimberly Seville’s April installment of DM Diagnosis, where she talked about the importance of organizations sending out timely thank-yous to donors.

Jason Wood
The NonProfit Voice Ep 20: Should You Participate in Giving Days?

Paul Spence
The NonProfit Voice Ep 20: Should You Participate in Giving Days?

Scott Marshall
The NonProfit Voice Ep 20: Should You Participate in Giving Days? 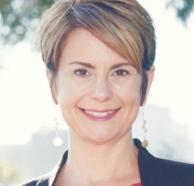