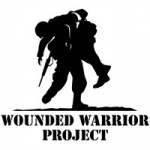 Scrutiny of Wounded Warrior Project has increased since reports have questioned the nonprofit’s spending. It’s not known if the reporting is 100 percent accurate, and the organization denies any wrongdoing, but the attention has pushed the nonprofit to act.

In a statement released Monday, Wounded Warrior Project's board indicated it will conduct a review of the nonprofit’s finances.

“The board takes very seriously the concerns that have been raised in recent days and is in the process of retaining independent advisers to conduct a thorough financial and policy review of the concerns,” the board said. “We remain steadfast in our commitment to our warriors and supporters and will ensure that the organization is effectively fulfilling this important mission."

According to its website, “Charity Navigator has determined that the nature of this/these issue(s) warrants highlighting the information available so that donors are aware of the issues in question, which may be relevant to their decision whether to contribute to this organization.”

A charity typically remains on this list for at least six months, with removal occurring when there is proof that the issue has been resolved. In this case, if the financial review is released or if the media covers the financial review and that review shows no wrongdoing on the nonprofit’s part, it will be removed.

Meanwhile, smaller veterans nonprofits are distancing themselves from Wounded Warrior Project. Wounded Warriors of South Florida, Lake Park, Fla., reiterated that it, in no way, is affiliated with the Jacksonville, Florida-based nonprofit, through measures such as placing a banner across the top of its website and releasing a press release denying its association.