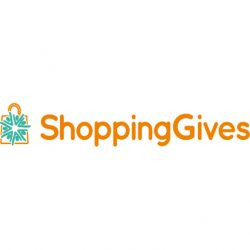 "With cancer screenings having declined precipitously during the pandemic, ACS' work to further early detection is in dire need," said Eli Held, CEO of Muertos Coffee Co. "We launched our donation campaign to support ACS' vital efforts, and we're excited to join forces with other ShoppingGives partners to take this initiative even further."

Already 10 brands have joined this coalition, in addition to Muertos Coffee Co., and ShoppingGives encourages more to come on board. Participating brands will feature ACS on their websites and donate a percentage of their sales to the organization through this month. By leveraging ShoppingGives' simple website integrations, these retailers' customers will be able to engage directly in creating impact by seeing how their purchase supports ACS.

"It's amazing to see our brand partners stepping up to support organizations like ACS and their timely work making early cancer screenings easily accessible," said Molly Treretola, head of social impact at ShoppingGives. "The giving initiative begun by Muertos Coffee Co. marks just the beginning, and we're proud to play our part in broadening the base of support for this campaign."

This campaign with ACS is part of ShoppingGives' larger coalition initiative, which brings together online retailers, their customers, and nonprofits they're keen on supporting. With ShoppingGives' technology, brands are able to quickly join these targeted giving campaigns and leverage timely customer interest to maximize impact. Brands can learn more about the National Cancer Prevention Month Coalition and apply to participate in the coalition here.