A Reign for Social Good: How a Club Promoter Turned Nonprofit Executive Built Charity: Water Into a Cascade of Nonprofit Success 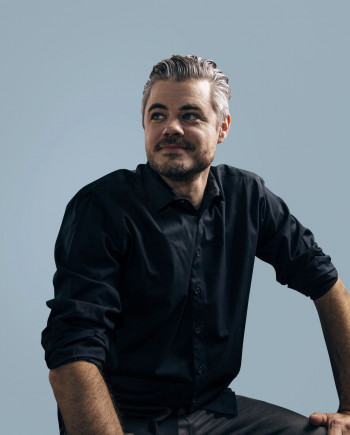 In a world with an exceeding amount of nonprofit organizations—over 1.8 million nonprofits in the U.S.—the “competition” between all the nonprofits can be burdensome. In fact, there are only 108,186 nonprofits registered on the GuideStar database that bring in more than $1 million in revenue.

So, it’s rare to see nonprofits thrive, hitting revenue over tens of millions of dollars a year, such as Charity: Water. And if you haven’t heard of them, you may be  living under a rock. What makes this nonprofit stand out from the rest is the way they present their messaging. Within minutes of looking at the Charity: Water website, you are captivated by its vibrant photos, which tell you a heartfelt story all on its own. You don’t have to read its “Our Work” or “About Us” sections; you understand their mission and values by a glimpse of its website: providing clean water to those who don’t have it.

As an organization that has raised $300 million to date, it’s hard to believe that the nonprofit was only founded 11 years ago. What’s even more surprising is that Charity: Water has been built as a digital-only business; the organization has never used direct mail.

In an exclusive interview with NonProfit PRO, Scott Harrison, founder and CEO of Charity: Water, said, “I wanted to build a beautiful looking brand. A story that is told that will be marketed with inspiration and hope and not shame and guilt, which I’ve seen out there. Get people really excited about joining and movement, about bringing the best of themselves with their creativity, their generosity, their time, their talent, their money to this issue.”

1. Using the 100 percent model—100 percent of every donation given to the organization would go directly to fund water projects.

2.  Using technology to connect donors the impact of their gifts.

3. Building a beautiful brand, where people get excited about joining the movement.

An Unconventional Road to Fundraising

The road to Charity: Water’s success has not been an easy one or a conventional one. There are those in the nonprofit sector who knew exactly what they wanted to do and where they wanted to do it, and there are those who ended up in the nonprofit sector who took a completely different route to get there; Scott was one of those people. At the age of 18, Scott moved to New York City to pursue his dream as a musician with his band; but as bands do, his band ultimately broke up. Afterwards, he spent 10 years living a pretty lavish life as a club promoter “getting paid to drink alcohol for free.”

“I led a really selfish, miserable life to be quite honest. I got into drugs, gambled, got into all the vices you can imagine come with the territory. And then I came to my senses—had a reawakening, came back to a very lost faith, became interested in justice issues and had a pretty radical turn at the age of 28,” Scott explained.

That was a turning point for Scott. He sold everything he owned, packed up his stuff and traveled to West Africa. In Liberia (right after the 14-year civil war ended), he joined a humanitarian mission with Mercy Ships as their photojournalist and spent two years on that mission. And in a country with no electricity, no running water, no sewage, no mail system, Scott witnessed poverty for the first time. What struck a chord with him was that people were drinking unclean water and were getting terribly ill from it, while years ago he was selling $10 VOSS water bottles in nightclubs to people who didn’t even end up drinking it. He couldn’t imagine that there were so many people in the world who didn’t have access to clean drinking water, so when he came back to the U.S., he told himself, “Water is going to be the thing that I am going to work on.”

“I wanted to see a day on earth or work toward a day on earth where nobody drank dirty water, where every human being—no matter where they were born—had clean water to drink,” Scott continued.

Thus, the birth of Charity: Water.

As Scott embarked on his odyssey to bring clean water to people in developing nations, he discovered that there was a disenchantment among people his age or younger. Age 30 at the time, he realized that people were reluctant or skeptical to give to charities. They would say things like, “Oh, I give money to charity, but I don’t know where it goes. It just disappears.” Or when a scandal breaks out about a charity, they say, “This is why we don’t give.” In today’s modern age, people are hesitant to give because they want to know that their contributions are being used to support the mission and cause, and they want to know what kind of impact their contributions are making to society.

“So, I thought to actually make a significant impact on issues as big as the water crisis, we would need to reinvent charity, re-inspire people, reach out to these group of people who were not giving and get them excited about giving. This is an important point: I did not want to try to win donors from organizations like UNICEF, Oxfam, the Red Cross or the United Way; I was really trying to reach a completely new
demographic,” Scott said.

According to a study titled “Issues in Governance Studies,” 70 percent of Americans said “charitable organizations waste ‘a great deal’ or ‘fair amount’ of money.” This is the demographic that Scott wanted to reach, which he did with the his 100-percent business model.

Scott built the 100 percent model in efforts to be as transparent as possible to his supporters. Every dollar that is donated to Charity: Water goes toward its water projects. And as for staff and overhead costs, Scott opened a separate bank account that is supported by an advisory team of 135 givers. After the first few years, the organization grew exponentially at 395 percent during a time where charitable giving in the U.S. was at a negative, Scott noted. For eight consecutive years, Charity: Water grew, but that growth eventually plateaued at year nine, and Scott discovered another challenge. That ninth year, the organization served less people with less clean water than the year prior, and Scott had to re-evaluate his business strategy.

He came to a realization—he built Charity: Water into a one-time donation business.

“On Jan. 1, the ticker would start at zero, and we would have to start all over again. And while our fundraising platform had raised millions of dollars by people giving up their birthdays and marathons, most people only did one fundraising campaign for Charity: Water. So, we had to keep getting new people every single year, instead of stewarding people and getting them to continue to engage with us,” Scott said.

To transform Charity: Water from a one-time donation business to a continual donation business, Scott implemented a subscription program that is called “The Spring Monthly Donation Program.” With almost 20,000 people from 94 countries giving $30 per month, the organization hit $50 million last year in revenue. Scott admits that this was his biggest learning in his nonprofit career.

“I wish I got into the subscription program way, way earlier. I think we would have had a much bigger impact on our issue.”

The bigger the organization, the bigger the problems with board management can be. We’ve all heard the horror stories about board member takeovers. And with 76 staff members in New York City and over 1,500 other members around the world with partners who are building water projects, having a prestigious board of directors is not only important, it’s necessary. But Charity: Water has done things unlike other nonprofits in terms of board development and management. The organization’s board of directors sits at eight people—the largest it has ever been.

“Our board has primarily been a governance board. The board has let management run the business, and when we go to the board members for help or guidance, they plug in different strategic initiatives. But it has not been a strategy board, and it has not been a fundraising board either. So, the board is not where we put our major givers,” Scott said.

What type of board members should you stay away from? According to Scott, a board member who has an agenda and distracts management with busy work. Luckily for Charity: Water, the organization has never had any board drama. It has a diverse team that includes people from foundations, nonprofits, fashion, finance, art and tech.

Looking Onto the Horizon

“We want to continue to grow, continue to scale and have a bigger impact in giving people access to clean water. Another real strategic initiative for us is for us to grow the Spring community. If you would have asked me years ago, it was to get everyone to give up their birthday; now, I’d say for everyone to join the Spring,” Scott said.

And finally, we asked Scott what was one piece of advice he would give to someone who is embarking on a nonprofit startup. Here’s what he said:

“This is the most bizarre tactical piece of advice, but I’d tell people to choose an airline alliance and fly loyal. One of the biggest mistakes was buying the cheapest ticket from every airline, saving $12 and have expiring miles with every airline. Pick an alliance and fly loyal. Pay a little extra for those coach tickets, because the upgrades are nice after you’ve punished your body for so long.”