You may not have a lot of the Snapchat set now, but you will 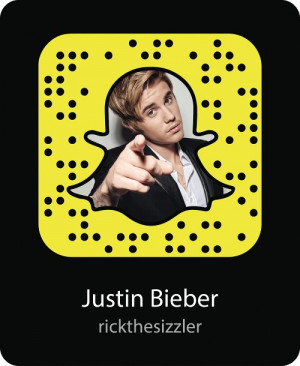 Many of you are planning to redesign your websites in the near future, and it is to this part of the audience I would like to direct this article.

On my last flight, I was seated near a young woman who must have been about 20 years old. As you may guess, she spent most of the flight glued to her smartphone, even though it was in airplane-mode.

What caught my attention happened toward the end of our three-hour flight. As soon as the landing gear started to descend into place, she had connected to the mobile signal from the ground towers. She opened up Snapchat and sent a dozen messages (I’m not kidding—at least 12) before our wheels made contact with the tarmac.

What was interesting about these messages is that they involved very few words. Each message was based on a selfie—all with different expressions, all from slightly different angles. For a few, she applied some color filters. On a couple, she drew little horns, or glasses, or a party hat.

It was one of those moments when I realized just how differently young people use technology than I do.

This always has been the case. When I watch my wife, who is a little younger than I am, scroll through her Facebook feed, she does so with dizzying speed. A nice photo gets a one- or two-second pause, a video may get five seconds.

The trends are clear: We’ve gone from email, to Facebook, to Instagram, to Snapchat. Each step becomes more visual, with fewer words, and each evolution gives less time per message than the one that came before. During this migration, we shifted from big screens and QWERTY keyboards to mobile screens and thumb-typing.

Some of my bleeding-edge technology friends are very excited about the future dominance of "messaging platforms," since that’s where so many people spend their online time, particularly their mobile time. According to my friends, if you’re not present within these messaging platforms, you’re left out in the cold.

I realize many of you do not have a lot of Snapchat users yet—yet! If you’re planning to be relevant in the future, it’s worth considering their impact as you redesign your website. I spoke with the team at a fundraising nonprofit recently, and they said they’ve asked their web-design firm to use a "template that will look OK on a mobile device."

This is a great step, but I don’t think it’s adequate to meet the challenge. "Mobile-first" should be your overriding redesign theme. Take everything off the table and start with your mobile user-experience. Design that first. Then work your way back to your desktop design. Think of what it would be like to move from a five-bedroom house to a one-bedroom condo. You wouldn’t want to bring all of your furniture with you.

So, along with your new mobile-first website, make sure you save some budget to produce lots of short videos.

Philip King is founder of The Donation Funnel Project, an experiment in online and mobile fundraising. He is a regular contributor to NonProfit PRO.

Gamers are Givers: Using Charitable Games to Fundraise for Your Nonprofit

Meta to Match Recurring Donations Through Facebook for Giving Tuesday

DonorDrive and Dixper to Drive Engagement