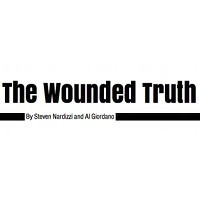 Their first post included a report from Charity Defense Council (CDC) that defended them. However, the Senate is questioning the relationship between WWP and CDC, since WWP made a $150,000 donation to CDC in 2014. The pair vowed to send their own letter to the senator while Dan Pallotta, CDC's founder and CEO, defended the donation in a March 21 letter to the senator:

To grow revenues, an organization has to invest heavily in fundraising. But the public has been taught that high fundraising spending is wasteful, and that it takes money away from charitable programs, instead of adding dramatically more money. To pursue its dream of maximizing the number of veterans it can serve—without fear of public reprisal—Wounded Warrior Project knew that public misconceptions about the value of fundraising must be corrected. That’s exactly what the Charity Defense Council is chartered to do. Our work is designed to clear the way for the likes of Wounded Warrior Project’s dream of serving more veterans.

The ousted executives also linked to an interview they did with "Fox & Friends" (with an unedited version of that interview airing on Fox News Radio's "Kilmeade & Friends") and Fox 5 in New York, an op-ed published in The Washington Examiner (in which they labeled WWP media coverage as "sloppy, simplistic reporting") and an article written about the blog in The Chronicle of Philanthropy. Its most recent post from April 6 questioned why The NonProfit Times removed WWP from its "Best NonProfits to Work for" list, on which it has ranked for the past five years, including three No. 1 placements.

"After weeks of forced silence by the board of Wounded Warrior Project, we are free to start telling our side of the story," they said in a March 18 post, announcing their first media appearance since the controversy began.

When asked if he regretted any of his spending choices, like rappelling down the side of a building, or riding in on a horse to make an entrance into various organization events, Nardizzi took the opportunity to apologize to WWP supporters.

"I'm not perfect, and the organization is not perfect, and we've clearly made mistakes along the way, despite the great success of the organization," Nardizzi said on "Fox & Friends." "And looking back, one of my regrets is that I allowed a few activities that we did, small-time during a conference, intended to boost employee morale in dealing with warriors in crisis. I allowed that image to be used by the media to really misrepresent who we are and what we do as an organization, and for that, for our donors and supporters, I apologize personally."

He also addressed his views of his and Giordano's firings and the pressure on the board.

"I was really disappointed in the board's decision, especially after this independent review showed that those allegations were just untrue, but I understand the pressure that the media can bring to bear," Nardizzi said on "Fox & Friends." "I felt it myself. And I think by the time the board completed its review, and with the mounting criticism, that they felt like they needed to make a change to end the criticism and allow the organization to move on."

The pair reinforced CDC's point in The Washington Examiner's March 30 piece, basically saying that many view nonprofits' investments in fundraising as unnecessary when, in fact, they are essential.

"But if the allegations leveled against the WWP's spending were proven untrue, why do questions about the WWP's spending persist?" they asked in the op-ed. "Because the way we think about charity is fundamentally flawed. The prevailing view is that the less a charity spends on fundraising and administration, the more good it can do. That notion is reinforced by charity-rating agencies, like Charity Navigator, that rank charities based on their overhead spending without any evaluation of the impact a charity makes."