Nonprofit Overhead Worth: When Is More Not Less? 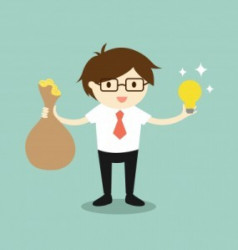 In his blog post, "A Dollar More (vs. a Dollar Less)," Seth Godin provocatively suggests you consider a race to the top.

This made me immediately think of the nonprofit overhead conundrum. Too many nonprofits feel stuck with trying to justify the amount of money they spend on staff and infrastructure in a race to lure more donors to their causes.

The common wisdom (really nonsense) is that "a dollar less" is good. That the less you spend, the more effective you are. "Lean and mean" is supposed to be a good thing.

Folks, lean and mean is just that. Mean.

It leads to an untenable nonprofit starvation cycle that makes no one happy.

Staff turnover is high. Work becomes more expensive, not less, as years of experience are lost. Penelope Burk’s book, "Donor-Centered Leadership," reveals it takes an average of 14 months to get a new employee up to speed. So if he or she leaves before that period elapses, or shortly thereafter, you never get any real productive work out of that individual.

Godin asks how Lyft can possibly compete with Uber since scale is often the secret to a commodity business, and if Lyft races to be ever cheaper than Uber, the only possible outcome doesn’t look good. It’s a cutthroat corner-cutting race.

Is your overhead low because you’re the biggest in your field and can benefit from economies of scale? Lucky you! You’re able to tout how low your overhead is and make your competitors look crummy.

But I wish you wouldn’t. It’s bad for the public benefit sector. Which is bad for the world. So think about that.

Charity needs to be judged from a different perspective.

So whether you’re a big kahuna in your field or a small fry, how about following Godin’s advice to race to the top instead?

In other words, what if Lyft were to say, "We’re always a dollar more than Uber, because we spend that on our drivers"? Wouldn’t you patronize the company that takes care of their staff, assuring they can have a living wage and benefits? And assuring that staff are not stressed out, so they can do a really good job of serving their customers?

What would happen if you were to say "our overhead reflects the high quality of our staff and infrastructure, assuring we deliver results in the most effective way possible—lasting solutions that don’t skimp on positive outcomes"?

Do you think donors would say, "Forget that. I’d rather support the charity that offers the 'el cheapo' solution"?

Cutting corners just to look good to your donors is not going to get the job done.

It’s like cutting your medications in half because you can’t afford them. One aspirin won’t take away your headache if you need two.

Measuring overhead does not neatly correlate with a nonprofit’s impact or effectiveness.

As Godin suggested, don’t worry about your cost of overhead so much. It’s not about the cost. It’s about how much that cost is worth.