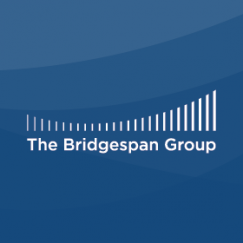 How can funders give in ways that will foster an equitable society? This is the focus of a new report, "Unlocking Social Progress by Addressing Structural Racism," authored by a team from The Bridgespan Group in collaboration with the Racial Equity Institute (REI).

The report adopts the framework from an REI study that uses a groundwater metaphor to describe structural racism as the core problem, permeating virtually every issue—and the racial disparities and inequities as a manifestation of that problem. As described by Deena Hayes-Greene, REI’s Managing Director, “Imagine that you have a lake in front of your house. If you find one dead fish and you want to understand what caused its illness, you might analyze the individual fish. But if you come to the same lake and half the fish are dead, then you might wonder if there is something wrong with the lake and analyze that. But what if there are five lakes around your house and in every lake half the fish are dead? Then it might be time to consider analyzing the groundwater to find out how the water in all the lakes ended up with the same contamination. That is the case with structural racism, it is in the groundwater of society and thus infects every system.”

Acknowledging the tremendous hurdles required to change norms and progress on issues of equity, Britt Savage, a Bridgespan manager and co-author of the report, says, “We know from conversations with clients and others across the sector that this work can be daunting. However, despite the tremendous challenges, there are ways to make progress when it comes to achieving equitable social change.”

Savage points to an example featured in the report of the Greensboro Health Disparities Collaborative (GHDC). Comprised of community leaders, public health researchers, and health care professionals, this group was able to close a gap in health outcomes (driven by disparities in treatment completion rates) between Black and white lung and breast cancer patients being treated at a medical center in North Carolina. “To be clear,” she says, “when it comes to cancer, not completing treatment is fatal. For most cancers, Black patients have the highest death rates and shortest survival of any racial or ethnic group in the United States.”

Using GHDC as a model, the report surfaced practices contributing to their success that others seeking to achieve equitable change could emulate, including:

According to Cora Daniels, co-author and editorial director at Bridgespan, “We have such a long way to go, but we are optimistic. The nation is filled with organizations, collaboratives, networks, and grassroots efforts that, like GHDC, that are doing work that thinks in big, innovative ways to dismantle our inequity. Philanthropy can and should do more by giving to these transformative efforts.”

More Than 2,000 Museums Across the Globe to Participate in Museum Store Sunday