'I Cried for the Donor': Navigating Organizational Dysfunction 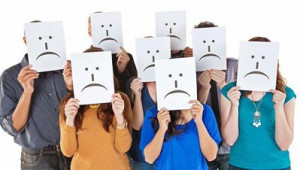 Like many of us in the nonprofit industry, long ago, I had the misfortune to work as a development associate for a charity rife with dysfunction. For the sake of this article, let’s just refer to it as a nonprofit serving young people. I’m not in the business of stepping on toes, and I’m sure this organization isn’t the first to suffer from a plight of this kind. Nor will it be the last.

Upon walking into this institution’s headquarters, the dysfunction was so thick you could almost cut it with a knife. Eyes were downcast, ideas and morale were routinely quashed, and five o’clock saw everyone rushing for the doors.

And yet, despite numerous issues, changes in department heads, utterly shabby treatment of donors and loss in revenues, this organization still retained a surprising base of loyal donors—a donor base many organizations would envy. These donors remained loyal to the organization primarily because their daughters and granddaughters had benefited from its marvelous volunteer base.

And how did the nonprofit thank its volunteers? Sadly, the particular department in which I worked habitually treated them like dirt.

The nationally known consulting firm it hired put all its focus on the organization’s major donors, the majority of them recent and brought in by the CEO, a woman who turned on considerable charm only when speaking to the “right” people. In fact, when I expressed my concerns about the organization’s virtually nonexistent stewardship of loyal donors, the consultants told me that, in their experience, “Donors are lucky to get a postcard.”

And don’t even get me started on the silos. Or the two databases that never spoke to each other. Considering the lack of respect for supporters, was it any big shock that employees were suffering, too?

At one point, a gift arrived in the mail. The shaky handwriting indicated to me that this was an elderly woman. The gift she sent in, a small donation of less than $100, was  designated specifically for a memorial program honoring her daughter. I set out to ensure that our donor’s gift was directed as intended—only to learn that there was no record whatsoever of any such memorial program!

It took more than a week of research to learn that this donor’s daughter had passed away at one of our facilities years earlier. On one of the camp cabins, a plaque honoring the young woman had been placed, and a scholarship had been established in her name. Amidst all the organizational changes throughout the years, the plaque had been lost and the scholarship long forgotten.

I cried for the mother.

I cry for you. Every week, I receive calls and emails from my readers—many of them in-the-trenches fundraisers, trying to do right by their donors. They know the statistics on donor attrition, they’re regular visitors to  SOFII, and they subscribe to The Agitator and Tom Ahern’s e-newsletter. But creating lasting change—an “attitude of gratitude,” the culture of philanthropy necessary for exemplary customer service—cannot be done alone. It starts from the top down, and everyone needs to be on board in order to get there.

So what can you do if you’re mired in a dysfunctional relationship?

What can you do as an organization? In her book, “Donor Centered Leadership,” Penelope Burk notes: “The best antidote to a dysfunctional development workplace is a donor-centered fundraising strategy—a plan for raising money that refocuses everyone’s attention on reaching ambitious, yet achievable goals, coupled with management training.” Everyone in your organization needs to understand that in order be a  successful, sustainable nonprofit, they must be as committed to funding the mission. The  life and health of your organization depends on it.

Commit to building a donor-centered organization and commit today, because culture shifts don’t happen overnight. Begin by figuring out how to get everyone on the same page, working, learning and implementing together. Consider enrolling your team in a comprehensive training program, one that brings together everyone on your staff—in all departments—sharing stories, interacting with donors and communicating gratitude on a consistent basis.

What are you doing to combat a dysfunctional workplace? How are you working to improve the culture there? Keep on doing it—and remember to pat yourself on the back once in awhile. You’re never alone.

Donor Love: 5 Things to Do (and 1 Definitely Not to Do), According to Shakespeare
Comments
Subscribe
Find Resources