How Live Streaming Connects More People to Your Nonprofit’s Mission

At this time of the year, nonprofits are doing all they can to engage their constituents to raise as much money as they can before year’s end—especially because it’s the giving season and people are feeling more charitable. There’s an emerging trend in the nonprofit sector of engaging donors: live streaming. 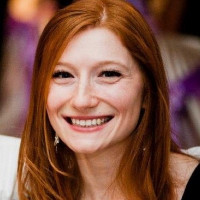 "We're really encouraging our clients, even those with traditional programs and physical events, to incorporate streaming. Not only from the nonprofit's perspective, where they're streaming the event to the general population, but also encouraging their fundraisers to stream as a way of telling their story and helping potential donors make a connection with the cause, giving them more reasons to give,” Kasey Cuppoletti, product manager at DonorDrive, told NonProfit PRO in an exclusive interview.

DonorDrive recently announced the release of its newest feature: Live Fundraising. Through Live Fundraising, participants can connect their personal streams through Twitch, YouTube or Mixer to their fundraising page and share. Additionally, it’s combined with Express Donate, so supporters can donate quickly. In turn, nonprofits will receive donations directly through their account.

With Live Fundraising, you can do anything. If you can dream it, you can stream it,” Cuppoletti said.

The Rise of Virtual P2P Fundraising