Generational Trends: Donors Are Researching Nonprofits Before They Give

As nonprofits, it’s vital to understand donor giving trends and, in particular, which giving trends are characteristic of donors by generation. As we have learned, Baby Boomers make up 43% of charitable giving, but as they get older, that wealth passes off to the next generations: Generation X and Millennials.

If you’re a nonprofit focused solely on Baby Boomers, that’s great for the short term; but if you nonprofit wants to sustain and grow, it has to look toward the younger generations to learn how they give, why they give and what they’re looking for when they are considering to donate.

Lucky, because of our digital era, we have a plethora of information at our fingertips. Most recently, fundraising platform Qgiv released its “Generational Giving Report,” in which it surveyed 1,309 people from all age groups who made a donation within the past year.

Here is what the study learned about each generation:

Baby Boomers Are Driven By Impact

Contrary to popular opinion, Baby Boomers can be relatively tech-savvy. But they do prefer to donate via offline channels, with 44% preferring to donate via physical check. When it comes to donor experience, Baby Boomers stopped donating to a nonprofit due to the fact that they didn’t think their money was being used wisely, they were asked for support too often or they no longer felt connected to the cause.

Unlike younger generations, Baby Boomers rather be kept in touch with on quarterly basis through direct mail or by email. And while leaving a legacy may be thought to be top of mind for Baby Boomers, they are most driven to give to an organization if they feel that their money is being used wisely. 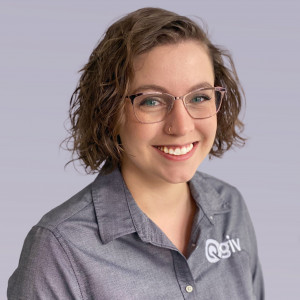 “One of the things that I have heard in the nonprofit industry was that Baby Boomer donors — because they have more disposable income than some of the younger generation donors — are highly motivated by leaving a legacy for their children or for making large gifts with the expectation that it’s part of what they’re leaving behind,” Abby Jarvis, nonprofit education manager at Qgiv told NonProfit PRO in an exclusive interview. “Surprisingly, Baby Boomers are remarkably unmotivated by leaving a legacy. They are more motivated by believing that the money they leave to a nonprofit is going to be used wisely.”

Often seen as the lost generation, Generation X sees charitable giving as part of their identity, and these donors do their research before donating to a nonprofit. According to the study, this generation of donors need social proof before donating. While they don’t necessarily look at a nonprofit’s financial statements, they do like reading testimonials and reviews.

Social media is the top way Generation X gives to charity. In this study, 39% said they’re likely to give through a post they see on social media. The top reasons Generation X stopped giving to an organization is if they had a bad experience, they were never asked to give again or they didn’t think their money was being used wisely.

Millennials are seen as tech-savvy, as they do their research online — and prefer to donate digitally, whether it’s online, through a mobile app or through a text message. They also like digital wallets — like Google Wallet or Apple Pay. The top reasons Millennials stopped giving to an organization is if they felt their gift didn’t matter, they couldn’t afford to continue their support and they weren’t asked to give again.

This generation is very enthusiastic about being philanthropic. According to the study, 57% look for impact reports to show how their gift will be used. They will also look at an organization’s social media channels to find impact stories. If your nonprofit has a poor social media presence or an outdated website, you’ll quickly turn this generation of donors off.

Communicating With Major Donors During These Times

Kick Off Planned Giving in 2020