In 2017, Best Friends Animal Society made the bold announcement to make America a no-kill zone by 2025. This year, it decided to focus on its mid-level Golden Circle donors to reinforce the important work needed to reach this goal by 2025. This was a bold challenge immediately following its big end-of-year fundraising season.

Developing a package that would stand out, it repurposed an excellent article entitled “A New Day for No-Kill,” which had appeared in the October issue of the Best Friends magazine explaining the 2025 campaign. In a standout 9 x12 envelope with a big image of Astro on the front and a teaser reading, “Together, we will end the killing by 2025,” it included a letter drawing attention to the article and reminding the donor of the 2025 goal. A full-page reply with a direct ask for support, and to a small portion of selected middle donors, a personalized handwritten Post-It note with a business card of its staff liaison paperclipped to the article to enhance the donor’s bond with its mission, completed the package. 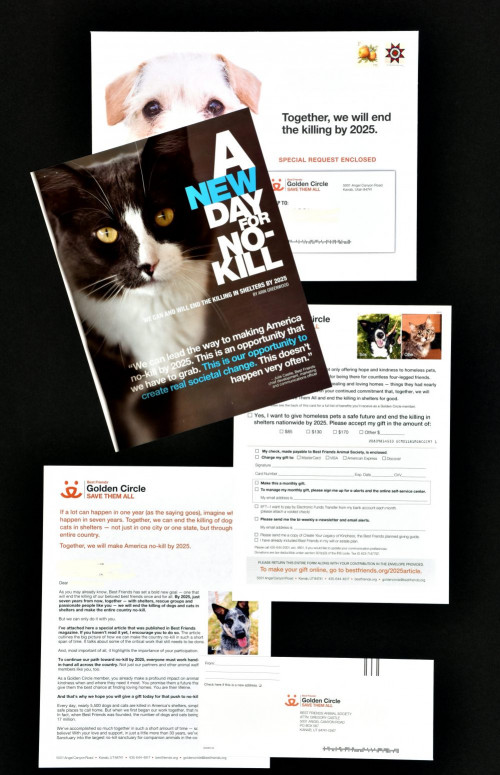 But could it generate enthusiasm for a campaign with a target end-date seven years out? Any doubts about that vanished after this appeal raised three times more revenue than the previous year’s effort, exceeding its goal by an incredible 114%. Even after most of these donors had made large year-end gifts, nearly half still gave $1,000 or more, bringing in over $145,000 net revenue to make America a no-kill zone by 2025. This Nonprofit Major Donor package earned Newport ONE a 2019 Gold MAXI.