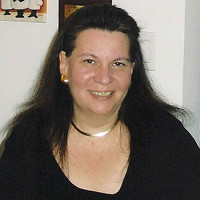 A nonprofit leader is suing her board of directors after being badly burned in an attack that aimed to cover up an internal embezzlement.

In a lawsuit filed last week, Alexandra Dyer, executive director at Healing Arts Initiative, accused the organization's directors of allowing former employees to steal $750,000, which resulted in her attack, according to the New York Post. She also accused the board of hiring non-independent auditors and negligently hiring employees. She is seeking $750,000 in order to return the embezzled funds to her organization.

She was assaulted in August—about two months after taking the job—when Jerry Mohammed allegedly threw drain cleaner in her face, causing third-degree burns. Prosecutors claim Kim Williams, a former accountant at Healing Arts Initiative, stole $750,000 from the nonprofit and gave some of the money to her friend, Pia Louallen. The trio has been charged in a complaint filed last week that alleged the attack was planned to cover up the embezzlement scheme after Dyer started asking questions about the missing funds.