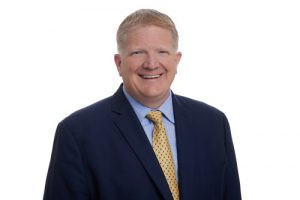 The Arthritis Foundation has announced the appointment of its new President and CEO, Steven Taylor. He succeeds Ann M. Palmer, who retired from the organization on Jan. 31, 2022, after leading it for the past eight years.

Taylor joined the Arthritis Foundation in February 2021 as executive vice president, mission & strategic initiatives. In this role, he led the mission, advocacy, science, finance, and HR departments as well as the development of the Foundation's three-year strategic mission plan. Previously, he held the role of President and CEO of the Sjögren's Foundation, an organization he served for 18 years. He notably oversaw the development of the Clinical Practices Guidelines for Sjögren's – a first-of-its-kind resource for physicians to help treat, manage and monitor their patients. Additionally, Taylor has held staff leadership positions at the American Heart Association and the American Cancer Society, and he also served as volunteer chair of the National Health Council board of directors in 2012 and again in 2019.

"Steve has a patient-guided compass and the empathy of a true nonprofit leader," said Frank Longobardi, Chair of the Arthritis Foundation's Board of Directors. "His mission-first mindset will be key in driving the Foundation's progress in creating the most impact for arthritis patients."

In his new role, Taylor will roll out the Foundation's three-year strategic mission plan across the organization, with clear pathways to finding a cure and improving the quality of life for the nearly 60 million Americans diagnosed with arthritis. In particular, the focus areas in which the Foundation hopes to have the most impact include pain, continuity of care, and scientific advancements. The plan's priorities were shaped in response to patient-reported data from the Foundation's ongoing Live Yes! INSIGHTS study.

"It is the honor of a lifetime to be leading an organization through such an exciting time – one where our bold scientific agenda has the potential to impact the nearly 60 million Americans diagnosed with arthritis," said Taylor. "For the patients and caregivers we interact with each day, our work is about making their lives better and reducing the pain they feel in so many areas of life. And we cannot make that happen without working hand-in-hand with our passionate volunteers."

Taylor had the unique opportunity of working alongside Palmer, his predecessor, for nearly a year to prepare for his new role. Palmer's strong legacy is predominantly defined by her efforts to build community among arthritis patients and invest in scientific research. In particular, she created new opportunities for juvenile arthritis (JA) patients to build relationships through the Foundation's signature JA Camps, and she also expanded the range of connection points for patients with all types of arthritis through the Foundation's Live Yes! Connect Groups, a nationwide network of volunteer-led support groups.

"Steve is the most natural fit to take the organization into its new chapter," said Palmer. "More than anyone, Steve understands the value our volunteers bring to our mission and how critical they are to our success."

Taylor holds a bachelor's degree from Boston University and an executive MBA from Auburn University.