Anatomy of a Direct Mail Control: The Carter Center

A nonprofit founded by a former president uses his powerful voice in this direct mail campaign.

The Carter Center was founded in 1982 by Jimmy Carter and works for advancing human rights and ending suffering.

This direct mail appeal has been around since at least 2012 and leverages the former president’s commitment to take action.

First, the front of the outer envelope is blank except for the intriguing teaser: “No matter what anyone says, I won’t stop …”

In the letter, Carter repeats the line from the outer in the first sentence of the letter and underlines it here. “As long as people live in unacceptable conditions,” he declares, “I will continue to wage peace, fight disease and build hope.”

Next, he lays out the principles upon which the center was founded by using a set of bullet points. Each begins with a “we” to persuade the recipient that the center’s work is not all about him: “We pursue results,” “We try to resolve,” etc.

He also recounts some of the successes the center. Guinea worm cases, for example, have been dramatically reduced.

The first is a simple, two-sentence handwritten note from the former president, offering inspiration. 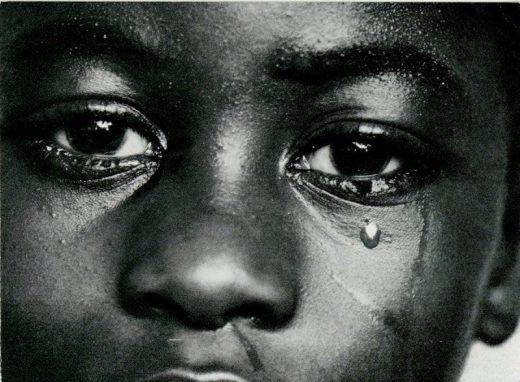 The other element is a small black-and-white snapshot of a crying girl. The back explains that she is in pain because of a Guinea worm infection, a preventable affliction referenced in the letter.

You can get a free PDF of this direct mail package, as well as a more in-depth analysis, courtesy of Who’s Mailing What!