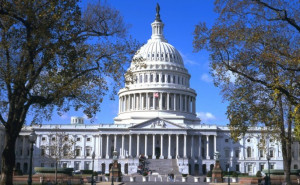 Two senators introduced a bill they claim would empower nonprofits by providing more ways to give to charity through tax reforms.

"It is the sense of the Senate that encouraging charitable giving should be a goal of tax reform, and Congress should ensure that the value and scope of the deduction for charitable contributions is not diminished during a comprehensive rewrite of the tax code," according to Senate Bill 2750.

"Charitable giving is core to our society and benefits millions of Americans each year," Wyden said in a statement. "This bipartisan bill improves the tax code making it easier for families to support their favorite charities and ensures that charitable organizations are best equipped to accomplish their missions."
The bipartisan bill contains five components:

"Americans are some of the most generous people in the world, with more than two-thirds of households contributing to charitable causes each year,” said Thune in a statement. "As families from across the country open their hearts and wallets to help less-fortunate members of their community, Congress should make it as easy as possible for charities to fulfill their purpose. There’s more we can do in Washington to encourage Americans to participate in charitable activities, and that starts with ensuring our tax code doesn’t hamstring those who wish to give."

If passed, the new provisions would be effective starting in tax year 2017. The Senate has referred the bill to the Committee on Finance.