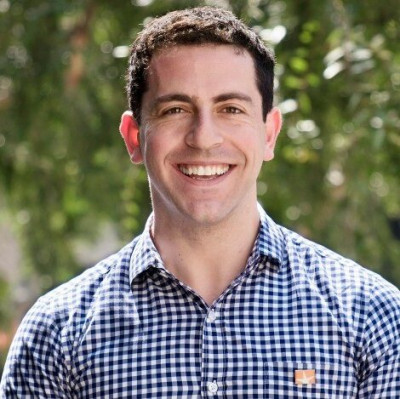 Nonprofit Professional of the Year

As of 2020, the Centers for Disease Control and Prevention found suicide to be the second leading cause among young people. On top of that, LGBTQ youth are four times more susceptible to attempt suicide than their peers. Amit Paley is on a mission though to end LGBTQ youth suicide, and that work has earned him selection as NonProfit PRO’s 2021 Nonprofit Professional of the Year.

Since joining The Trevor Project as its CEO and executive director in 2017, Paley has significantly scaled its operations in order to end LGBTQ youth suicide by relying on his previous management consulting expertise to expand crisis services, an effort that quadrupled the number of youth served by 2020. His investments in staff, technology and infrastructure also prepared the organization for what came next — the COVID-19 pandemic. While nearly everyone experienced isolation during shutdowns and social distancing, LGBTQ youth were at greater risk of victimization or abuse, had limited ways to express their identity and had unequal access to mental healthcare. Enter The Trevor Project’s crisis services.

Due to Paley’s strategic investments in equipment, protocols and a data-secure platform, services were not interrupted at the onset of the pandemic. Furthermore, his team was able to move its New York and Los Angeles call centers fully remote, allowing the nonprofit to recruit a diverse team of staff and volunteers nationwide. This positioned the nonprofit to handle the increased volume of calls during the pandemic. And Paley is actually one of the more than 780 volunteers who works shifts as a lifeline counselor.

Paley collaborated with Google.org, AT&T, the PwC Charitable Foundation and Twilio.org to incorporate machine learning and natural language processing into its platforms, and secured a $6 million grant to improve volunteer recruitment, training and retention. In addition, Paley has spearheaded both research and advocacy to support the mission by way of the largest annual survey of LGBTQ youth mental health and championed legislation that protected LGBTQ youth from conversion therapy in 20 states and more than 86 localities, as well as the National Suicide Hotline Designation Act, which designated 988 as the new number for the nonprofit’s Suicide Prevention Lifeline.

In addition to his work at The Trevor Project, Paley, a former journalist who covered the Middle East, serves as board chair of The Harvard Crimson and a board member for the Center for Public Integrity.