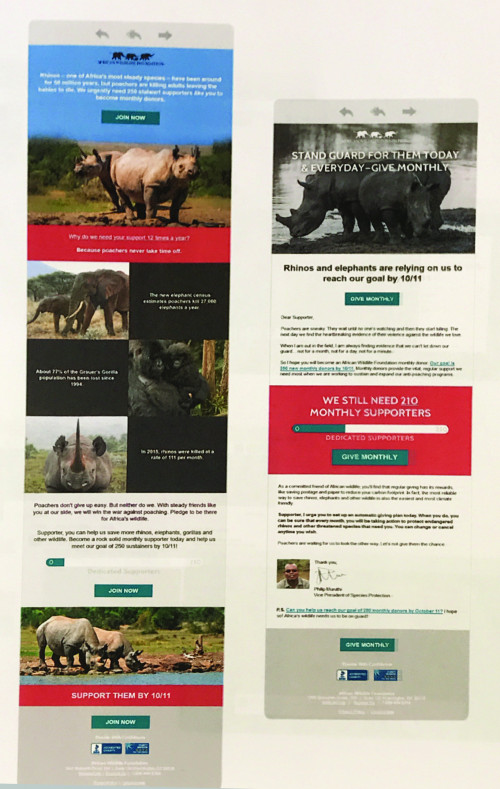 Why It Won
The imagery that was used in African Wildlife Foundation’s Fall 2016 campaign was stunning to say the least. The images alone are able to draw in the donor with compassion and hope for these animals. They will want to donate to this cause to take a stand and help put an end to the slaughter of elephants and rhinos, species that are endangered in these key areas.

This campaign pulled in 185 new sustainers and upgraded 75 sustainers for an immediate income of $11,783. And with a response rate of 11 percent, the campaign was able to pull in a total of $45,714, which is commendable.

Can You Have Multiple Monthly Donor Programs?

The Value of a Monthly Donor Concierge

Case Study: How a Small Charity Keeps Growing Its Monthly Donor Base