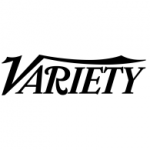 Rita Ora, the 26-year-old British pop star and fashion icon, is this year’s recipient of the Variety + H&M Conscious Award for her outstanding philanthropic work, but she’s been involved with charity organizations for years.

Her most recent cause is the London Fire Relief Fund, a division of the British Red Cross that helps rehabilitate those who were affected by the catastrophic Grenfell Tower fire in June. It’s an issue particularly close to her heart, and as the charity of her choice, the relief fund will receive a $10,000 donation from Variety and H&M.

Ora, who immigrated to Britain from Kosovo with her family when she was still a baby, grew up in the Grenfell Tower neighborhood and has friends affected by the fire, making her especially passionate about bringing attention to the cause. “Knowing these people, knowing their physical bodies, is a whole different thing than just having sympathy for these people,” Ora says.