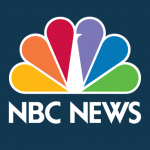 A human rights nonprofit has purchased billboard space in New York City’s Times Square as part of a campaign to refocus discussion on North Korea.

In July, the Washington-based Committee for Human Rights in North Korea purchased time on an electronic billboard in Times Square to feature three ads—one about the estimated 120,000 North Koreans believed to be incarcerated in political prison camps, according to United Nations officials; one showing a NASA satellite image of a nearly pitch-black North Korea at night; and a third showing a human silhouette trapped in barbed wire along with the phrase “Freedom and justice for North Koreans.”

The organization hopes that the ads will help shift the discussion around the isolated nation from one primarily based on security to one that focuses on the people and human costs of the country.