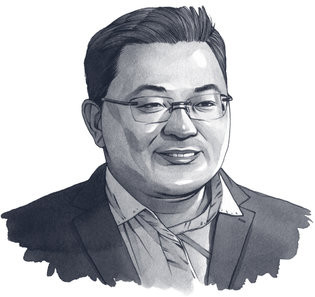 Malaysian Financer Jho Low is caught smack in the middle of a corruption scandal, because he allegedly stole $6 billion from 1MDB, a Malaysian state fund that was created to help the poor. While the majority of the money was used to buy personal luxuries—properties, a yacht, art and jewelry—at least $200 million was given to charities supported by American celebrities who “he swooned over,” according to the NY Post.

Apparently, the Malaysian businessman became a “philanthropist” after the press exposed his partying habits and his payments to celebrities for accompanying him “as he traveled, gambled and partied his way around the globe on private jets, yachts and residences,” which were allegedly all paid with the stolen funds.

Here are the charities he donated to with the pilfered money via NY Post:

While celebrities, such as Miranda Kerr, are returning gifts received by Low, charities are keeping the money. Tony Pua, Malaysian member of parliament, said, “I don’t know what the charities ethical practice should be.”

He continued, “The monies can’t be returned to the Malaysian government, because the government is comprised of people complicit in laundering the money in the first place. The charities should set up a separate trust for the funds serving a cause benefiting Malaysians or return the money to Malaysia if the current government is deposed.”