Mystery Donor: Did Prince Secretly Give Big for Oakland? 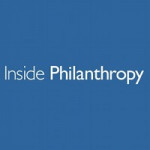 The world stood still when news of pop icon Prince’s death began to flood the headlines on April 21, 2016. Months later, Prince is still making news, but now for something entirely different.

Rumor has it that Prince may have donated $34 million to the San Francisco Foundation, a major local force in racial and economic equity in the Bay Area. SF Sounds recently speculated that Prince was the anonymous donor who gave $34 million last summer to make the Bay Area a better place. (We had guessed the Kenneth Rainin Foundation.)