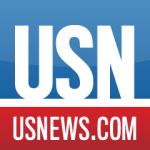 Marking a new chapter in education philanthropy, the Bill & Melinda Gates Foundation will step back from its traditional education reform agenda to instead invest close to $1.7 billion over the next five years on new initiatives that include a focus on building networks of schools.

"Education is, without a doubt, one of the most challenging areas we invest in as a foundation," Bill Gates is expected to say Thursday during a speech at the Council of the Great City Schools' annual conference in Cleveland, according to prepared remarks. "But I'm excited about the shift in our work and the focus on partnering with networks of schools."

In a sprawling address, the Microsoft co-founder and co-chair of one of the most influential and contentious entities involved in the education space plans to reflect on lessons learned about the foundation's efforts and how those lessons will play into its revamped vision for the future.