Donors: Syrian Refugees Not Getting Promised Aid From Nonprofit 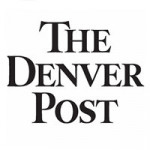 The donors and volunteers were moved by the images and stories of need.

In one photo, nine-year-old Aya, who fled war-torn Syria for a tent in Lebanon, wears a pink Minnie Mouse T-shirt as she stands along a dirt road, mounds of garbage behind her. What she would like more than anything would be to own a doll, states the synopsis on the website.

In another photo, eight-year-old Yasser is barefoot, his hands clasped behind him, standing on a patch of dirt next to plywood and other debris. He and his four brothers haven’t attended school since they left Syria with their mother to avoid induction into the armies waging war, the website informs. They need food, hygiene kits and a new tent away from the main road, the synopsis continues.

These stories, and hundreds of others depicted on Boulder-based Humanwire’s website, made the nonprofit an Internet success in the past two years, helping it raise nearly $1 million in aid to help displaced persons. It offers itself up as a one-to-one connection between donors and refugees, promising to remove “the charity from the middle” and connects donors directly with those needing help. “Follow the progress of your donation into the very hands of the person you can connect with,” the Humanwire website promises.