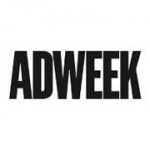 Nonprofits rarely have the luxury of big advertising budgets, and it's not often they get chances to analyze whether their ads are working. But a new study may help shed some light on the kinds of ads that actually help drive donations.

Market research firm Millward Brown and the Ad Council recently set out to study the impact of a public service advertisement campaign for Goodwill. The Ad Council, which relies on donated time and space from media partners, received more than $94 million in donated support for the Goodwill campaign, running from September 2013 to April 2015 and resulting in 363 million pounds of donations.

How This Nonprofit Weathered the Pandemic

Advice From the Board Chair

5 Tips to Refresh Your Nonprofit's Brand in 2020