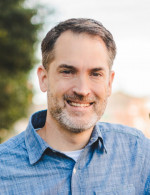 Bill Simmons is the president & CEO of American Leprosy Missions, the nation’s oldest nonprofit organization working to bring an end to leprosy and other neglected tropical diseases that still plague many parts of the developing world.

It is estimated that more than four million people around the world are affected by leprosy. American Leprosy Missions invests in projects that bring sustainable, novel solutions and tools to people affected by leprosy and other neglected tropical diseases, including a cutting-edge vaccine research project that could bring an end to leprosy in our lifetime.

“Every two minutes, someone in the world is diagnosed with leprosy,” says Simmons. “And while the disease can be cured with a short-term drug regimen, many of those affected will become disabled before they have access to the cure. That gives me a sense of urgency every day.”

Every day, Bill and his team work to restore hope and dignity to people affected by leprosy and related diseases. Prior to joining American Leprosy Missions in 2010, Simmons served as President and CEO of two nationwide retail chains. His two decades of business experience serve him well as he leads American Leprosy Missions to bring care and a cure to those affected by leprosy and other neglected tropical diseases.

Simmons spent his teenage years in Democratic Republic of the Congo (then Zaire) with his missionary parents and developed a heart for those suffering from curable illnesses like leprosy after seeing first-hand the societal persecution that often accompanies these types of diseases.

Simmons is chair of the Global Partnership for Zero Leprosy, Vice President of the International Federation of Anti-Leprosy Associations (ILEP) board of directors, an advisory board member for the Nippon Foundation’s funding of the WHO Global Leprosy Program and a founding and executive member of the Leprosy Research Initiative.

He’s been featured in The New York Times, NonProfit PRO, and the Leprosy Review. He holds a degree in political science from the University of Tennessee. Simmons and his family live in Greenville, South Carolina.

Leprosy jeopardizes the human rights of the world’s marginalized people, but eliminating it is within reach.