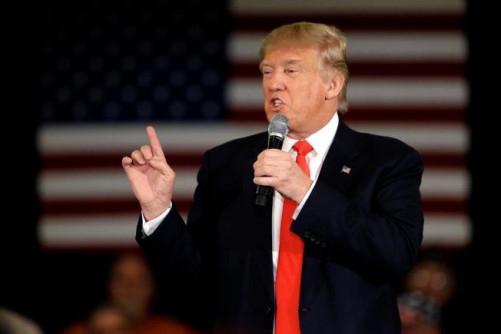 In an effort to provide grounding for Donald Trump’s long-unsubstantiated claim that he gave more than $102 million to charity in the past five years, his campaign compiled a 94-page list of his 4,844 contributions from Jan. 7, 2010, to May 22, 2015.

In The Washington Post’s analysis of the list, the paper found Trump hadn’t used his own money for any of those donations—many of which were free rounds of golf to his courses, provided for charity auctions and raffles.

According to the analysis, the four largest charitable gifts listed include:

The analysis also indicated that Trump's philanthropy largely is tied to his business—frequently donating to those groups that paid to use his facilities.

• Amp Up Your Advocacy This Election Season

• How Much Do the Presidential Candidates Give to Charity?

• Failed or Not, Trump's 'Donate or No Debate' Demands Raise Ethic Concerns

The foundation also made a $158,000 donation to the Martin B. Greenberg Foundation—the same day Trump and company told the court they had reached a settlement in a lawsuit where Martin Greenberg said he failed to receive the $1 million prize offered to anyone who got a hole-in-one during a charity tournament at Trump’s golf course in Briarcliff Manor, N.Y.

Furthermore, The Washington Post’s analysis said small giveaways from Trump businesses account for only $6.4 million, but make up the bulk of the 4,844 donations.

Allen Weisselberg, chief financial officer and treasurer of the Trump Organization, told The Washington Post that the reason none of the listed charitable contributions came in cash from Trump is that the list of gifts is not complete.

“We want to keep them quiet,” Weisselberg told The Washington Post. “He doesn’t want other charities to see it. Then it becomes like a feeding frenzy.”

This desire to keep his philanthropic good deeds quiet may come as a surprise. Particularly since just this weekend, NBC News reported that the billionaire had made a $100,000 donation to the National September 11 Memorial & Museum after his visit on Saturday.

According to The Washington Post, the Trump Foundation gave the money for this donation—and, according to Trump’s tax records for 2014 (the most recent year available), the billionaire made no personal contributions to the foundation since 2008.

The Washington Post also put the Trump Foundation’s giving record next to those of George Lucas and Sumner Redstone—two individuals tied with Trump at 324th place on Forbes’ list of the world’s billionaires.