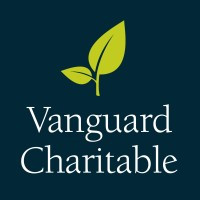 "We are inspired by our extremely generous donors," said Rebecca Moffett, president of Vanguard Charitable. "Giving must continue during times of economic uncertainty to support those most in need, but maintaining a giving strategy is not always easy to do during these times. Our donors understand this and remain committed to giving due to the flexible nature of DAFs. The increase in granting we have seen so far this year exemplifies how our donors continue to provide a sustainable pipeline of funding to the cause areas and charities  close to their hearts."

The increase in giving is in part a  result of donors supporting disaster relief efforts in addition to their ongoing giving priorities. While continuing to support disaster relief and other causes domestically, over the past 6 months, donors have focused heavily on the humanitarian crisis in Ukraine. Vanguard Charitable donors, leveraging the fast and responsive nature of DAFs, have granted nearly $60 million to Ukraine relief nonprofits in the first half of 2022.

Including Ukraine relief, during the first half of 2022, the top cause areas supported by Vanguard Charitable donors were:

"Every day, Doctors Without Borders/Médecins Sans Frontières (MSF) delivers medical and humanitarian aid to people in more than 70 countries. We provide medical care where it is needed most, both through longstanding programs and emergency response activities," said Kim Goldsmith-N'Diaye, Director of Development at MSF-USA. "Generous support from donor-advised funds like those offered by Vanguard Charitable enables us to respond wherever we are needed, from high-profile emergencies like the war in Ukraine to the neglected malnutrition crisis in northern Nigeria and beyond."

Throughout Vanguard Charitable's 2022 fiscal year, from July 1, 2021, to June 30, 2022, donors gave a record total of $1.9 billion to nonprofits. Giving patterns followed a similar trajectory as the first half of calendar year 2022, with top granting areas including human services, religion, education, and health.

Of note, donors continue to support solutions to the perennial challenge of hunger and homelessness domestically, which has only been exacerbated by current economic pressures including inflation and the housing crisis. In December 2021, Vanguard Charitable launched NAVi for Hunger & Homelessness, which was developed to better connect donors with nonprofits in their local communities and those operating in geographic areas struggling with homelessness and hunger. This interactive web-based tool has helped to increase awareness and support of organizations addressing these critical needs. In fact, during this past fiscal year, Vanguard Charitable donors have given: