Then & Now: The Evolution of Donor-Advised Funds

As we discussed last year in the April issue of NonProfit PRO, donor-advised funds have been picking up speed lately, and they’re rapidly growing in popularity as the way to give to charities. And while we covered a lot of ground in that cover story, there is so much more information about donor-advised funds and how they have been evolving over the last decade. More importantly, how technology has influenced the way people give—in a good way, of course! 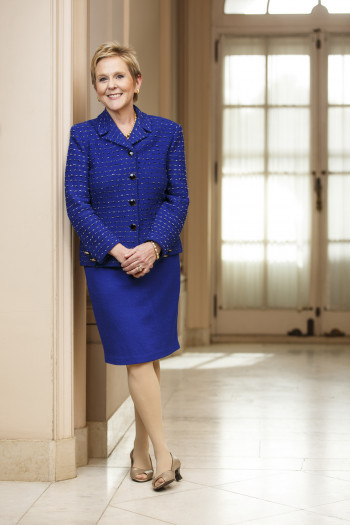 Eileen believes it’s for a few reasons. The first being there’s more marketing opportunity for them. “When I first started in this business, people had to take out advertisements in magazines, send direct mail or do presentations. Now, you can send a message out via email or text message really quickly and really inexpensively,” she said. Other reasons are because financial services organizations have gotten into the arena and technology has had an impact on the rising popularity of donor-advised funds.

Donor-advised funds’ benefits outweigh other giving vehicles’ (e.g. private foundations) benefits because they are easier to start and less complex to manage. With private foundations, there is a less there is less than a 5 percent spending rule, and there’s a less attractive tax benefit. And if you want to manage your private foundation online, you have to hook up with one of the online providers.

Technology Is Helping Evolve the Way People Give

Eileen was a development officer for the Philadelphia Foundations in 1987, and she recalls that every single transaction that the organization did was on paper. When donor-advised funds were open, there was a 15-page trust agreement attached to it, and assets would be delivered via U.S. mail—checks, stock certificates, you name it. She also recalls that grants were made once a quarter, and the organization would send the donor their activity statements every six months or so.

Take a look around you. Our world, our sector, our lives are changing every day—but for the better. Technology is introducing a new way of doing tasks, and it’s making everything easier, more efficient and more effective. Everything—shopping, paying your bills, researching important topics, checking your messages, communicating with friends and family, depositing your checks—is done online. Heck, you can even keep track of your calendar online now, too. Who needs paper and pen anymore? So it’s no surprise that most donor-advised funds functions (if not all of them) can be done online as well.

Eileen says that when people started doing their donor-advised fund processing, they realized how easy it was to do online. “People love the tool, so once they open one, people usually keep them for a long time and add to them every year, every other year, so they’re easy to use.” A private foundation can take up to six months to get it approved and running. “If you wanted to open a donor-advised fund, you could have a fully functioning donor-advised fund within a week if you funded it with cash or appreciative stock, which is most people. You can have a giving vehicle that is very reliable, easy to use, so people really love the fact that they can get to use it so quickly,” Eileen said.

We’ve gone from a very paper-reliant activity that was extremely cumbersome to things that can be done within a day, maybe two. Now, people don’t have to worry about getting envelopes, finding stamps or figuring out the address of a charity. “[Everything] is just so immediate, and the information that you can get access to is very quick. And I think there’s so much more media attention to things that are happening in the nonprofit sector, like if there’s some kind of disaster, some problem that’s occurring or some global issue that’s going on, that person can go online and find out about the charities that are serving that issue and make a grant all in a short period of time. That could be in a matter of an hour,” Eileen said.

One of the most exciting things about technology is that there’s a plethora of information out there, and we have access to it all. The challenge of it is figuring out which source(s) are reliable.

“I think anyone on the Internet realizes that you really effectively filter information better. I think most people who are good researchers know that you can’t believe the first thing that is being presented to you. And that’s true in this sector. If you get some information, you should compare it to different information you have, especially if it’s a completely new arena for you,” Eileen said.

With the Tax Cut & Jobs Act that was implemented at the end of 2017, a question floating around in our sector was whether or not this tax bill was going to impact donor-advised funds at all. And the answer is: maybe.

Charities that receive most of their donations from individuals who give smaller gifts may have a harder time with the new tax bill because the standard deductions have gone up ($12,000 for individuals and $24,000 for married couples). But there’s a theory called “bunching,” where donors who are close to hitting that $12,000 or $24,000 threshold may make gifts every other year. With bunching, individuals will bunch two years of gifts into one. “We’re hoping that this is true because we don’t want those smaller and mid-sized nonprofits to suffer because of the tax law changes, but no one really knows the answers to these questions because we haven’t been through a giving season yet.”

One year of data is not sufficient enough tell how significantly the bill will impact charitable giving, so we won’t know for sure until 2019 or 2020. But the past six months have been good so far, according to Eileen.

We are really looking forward to see how the tax law changes have affected people’s giving behaviors and whether or not it’ll affect donor-advised funds as well.

Encourage Donors to Give Through DAFs

Ally Financial Commits $30M to Communities Across US