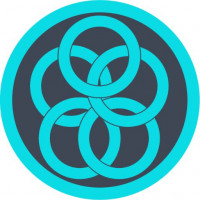 The Nonprofit Alliance, a professional association dedicated to promoting, protecting and strengthening the philanthropic sector, has announced a merger with the Association of Direct Response Fundraising Counsel (ADRFCO), the national association for direct-response fundraising professionals, according to a press release from the organization.

Under the merger, ADRFCO will become a council under the Alliance's organizational umbrella, while continuing its work to represent the sector's interests and educate nonprofits, and the general public, about the use of direct-response fundraising.

“ADRFCO was founded to protect the interest­s of direct response fundraising consultants and their clients and to set ethical standards by which consultants would operate. These important standards and mission will continue as the ADRFCO Council under TNPA,” ADRFCO board chair Craig DePole said in the release.

“ADRFCO has been doing yeoman’s work for direct-response fundraising for many years, benefiting our broad community far more than many of us realize. A number of the long-standing ADRFCO members also became TNPA founding members, clearly demonstrating an opportunity for collaboration. This merger represents greater direct benefit to our collective membership,” says Shannon McCracken, CEO of The Nonprofit Alliance.