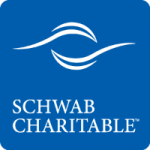 Donor-advised fund provider Schwab Charitable has reported a record $1.57 billion in grants in fiscal year 2017, a 34 percent increase from the previous year, according to a press release.

In addition, the organization’s donors supported over 65,000 charities and recommended over 309,000 grants, a 29 percent increase from 2016.

“This is the third year in a row in which our generous donors recommended more than $1 billion in charitable grants… In the midst of a sustained market rally and with tax reform on the horizon, donors who value cost, tax efficiency and convenience are using donor-advised funds to maximize their tax benefits and charitable impact simultaneously.” — Kim Laughton, president of Schwab Charitable

According to Schwab’s recent survey, tax reform has the potential to significantly affect charitable giving—44 percent of U.S. donors expect tax reform to take effect by the end of next year and 45 percent plan to “change the amount they give to charity if lawmakers reduce the tax benefits of giving.”

How to Pay for Fundraising Costs: Can It Be Fast, Cheap and Good?

The Dos and Don’ts of Better Expense Management for Nonprofits