As COVID-19 spread across the nation during these past few months, America came to the biggest standstill since the Great Depression. Unemployment skyrocketed, and for many, food and housing became as critical as the illness itself. Nonprofits serving those directly affected by the epidemic — health and wellness organizations, social services, food, housing and humanitarian charities — found themselves busier than ever, but those whose work was tangential to the crisis began to ask themselves an important question: How do we remain relevant and keep supporters engaged when our work is not obviously impacted by the situation?

Fundraising experts agree it’s important for charities to remain connected to donors during times of crisis, even when the mission seems unrelated to current events. Unique and creative donor “touches” keep nonprofits on the radar and demonstrate their work is as important as ever and, in many cases, show people that a crisis impacts more than initially meets the eye. 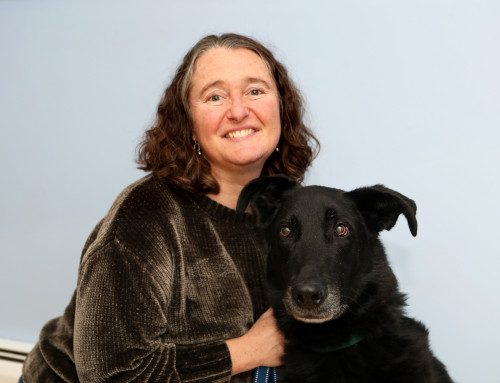 “Think back to Hurricane Katrina,” she said. “One of the tragedies was that people died because there were no housing options for those who wanted to be evacuated with their pets.”

As a result, Thevenin says animal rescue organizations realized how integrated they needed to be for disaster planning. She noted the natural disaster actually helped St. Hubert’s prepare for the current pandemic.

“Early on, animal organizations were afraid they’d be inundated if pet owners became ill and unable to care for their pets,” she explained. “We wanted to help people take control and create an emergency plan.” 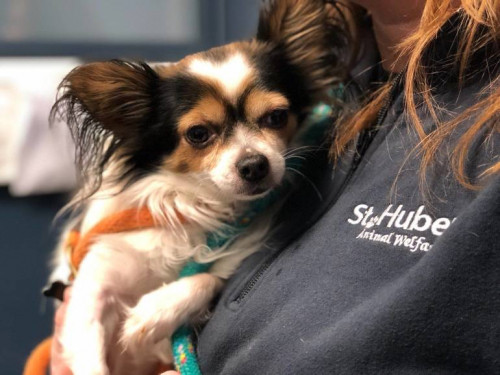 To that end, the organization tailored its website landing page with COVID-19 updates, animal safety advice and practical tips for pet owners to prepare for continued pet care should they become incapacitated. St. Hubert’s also ran a pet supplies drive.

In some respects, it was still business as usual for the organization: animal control efforts continued, and dog training and pet adoptions moved forward, albeit with modifications to accommodate physical distancing and other safety requirements. With so many families quarantined at home, the organization successfully promoted the moment as a perfect time to foster or adopt a pet.

“We now have more people interested in fostering and adoptions than we have animals,” Thevenin said.

But not everything went according to plan. St. Hubert’s was scheduled to celebrate its 150th anniversary in 2020, but in light of current events, the organization decided to postpone festivities and acknowledge the milestone at a later date. They did conduct a matching-gift campaign, however, that Thevenin said was well supported.

Between maintaining regular operations where possible, modifying practices and procedures to serve current needs, and continuing to keep its community informed and involved, St. Hubert’s has managed well through a critical time.

“We’re still doing work that needs to be done,” Thevenin said. “Our need is still here.”

Aspirations Above the Treetops

When people think of lending support during a global health pandemic, America’s ancient redwood forests probably don’t come to mind. But Save the Redwoods League, a 102-year-old San Francisco nonprofit that works to protect and restore California’s redwood forests, has remained busy throughout the COVID-19 crisis, reminding supporters that the environment is as important as ever. 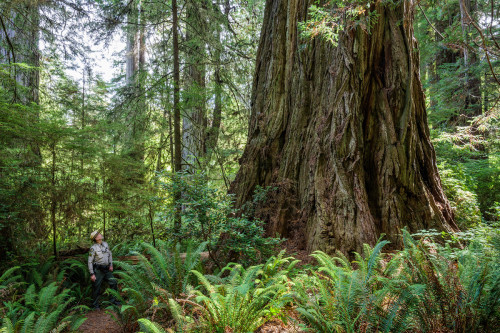 “The redwoods offer us hope and resilience, something we could all use right now,” said chief development officer Tim Whalen, who noted that business closures have inspired many to visit parks and natural spaces. The organization tailored its messaging to acknowledge the health crisis, but it hasn’t backed away from seeking support.

“We want to remind folks that our work continues and will continue past this crisis,” Whalen said.

When #GivingTuesday launched an international campaign this spring to address the COVID-19 crisis, the League decided to adapt the event by eliminating a fundraising appeal, but offering visitors to its website the opportunity to send a free e-card, emphasizing the importance of human connection during this time of isolation. Whalen said many people made gifts anyway. 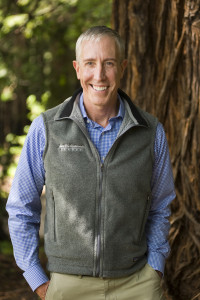 In place of regular e-newsletters, the League created a series of “redwood recharge” emails that contain short videos of a redwood forest accompanied by soothing music.

“These ‘redwood moments’ allow people to experience the calm and beauty of the redwoods in an otherwise chaotic time,” Whalen explained.

With the economic downturn posing a threat to park budgets, the organization is doing all it can to encourage public support of parklands. Whalen harkened back to the economic crisis of 2008 when many parks were forced to close.

“We continued to engage with donors and were able to raise funds to reopen some of the state parks,” he recalled.

The current crisis has given the League time to reevaluate its stewardship strategy. Whalen stressed the importance of maintaining contact with donors through difficult times and not shying away from fundraising.

“Your donors have invested in your mission,” he said. “You need to reassure them you’re staying the course.” 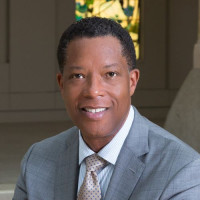 Donor communication is important during a crisis, agreed Clyde Jones, SVP for institutional advancement at The Metropolitan Museum of Art of New York City, but he said “relevance” and “engagement” take on new meanings during a crisis. At The Met, he has found that donors crave a deeper level of connection in uncertain times.

“People want to find real meaning in their engagement with us,” he said. “We’re constantly looking at our multiple constituencies, thinking about how we’re talking to them and offering timely, substantive, compelling content.”

To that end, Jones said the organization has been in communication with donors and made itself accessible to all through an increased digital presence and “events,” like online performances. In a digital age with a supporter base that spans the globe, for years, The Met has offered online classes and exhibits, virtual “visits,” videos and more. He acknowledged that people are always eager to engage with the art, so the museum is now thinking about how to best combine virtual and in-person experiences. 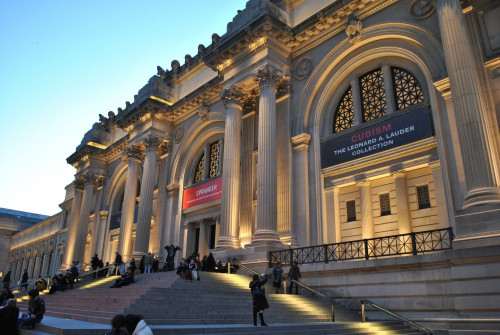 The Met | Credit: The Metropolitan Museum of Art

Like St. Hubert’s, The Met also marks its 150th year in 2020, but those celebrations, as well as the illustrious Costume Institute Benefit (better known as the Met Gala), were canceled. Leadership published a letter to supporters entitled “How to Stay Connected With the Museum While We’re Closed,” promoting the many features on its website that allow for online interaction. And with the world stuck at home, The Met took to social media to engage supporters with campaigns like #MetTwinning (dress up as your favorite piece of artwork and post photos) and the #MetMaskChallenge (decorate a protective face mask inspired by artwork from The Met’s collection). Reports indicate The Met has gained more than 200,000 social media followers in the past few months.

The museum also collaborated with other organizations in a campaign advocating for the arts and culture, calling on Congress to provide aid to nonprofit cultural institutions, and it created its own emergency fundraising campaign.

Jones reiterated the notion that donors are investors in a mission and that it’s the responsibility of nonprofits to reassure them their investments are worthwhile. In any crisis, he said, nonprofits should understand how the situation affects them and have a good answer for “Why you? Why now?” With supporters pulled in multiple directions, he said nonprofits must be specific about their needs and also accept that a crisis may not be the right time for all donors to give. 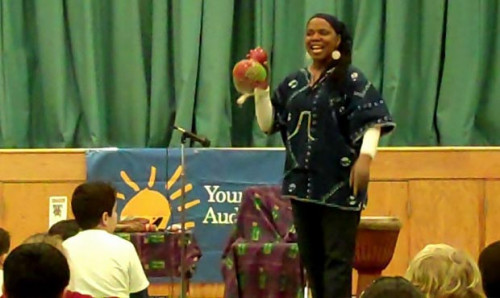 That has been the crisis response of Young Audiences Arts for Learning New Jersey & Eastern Pennsylvania, an affiliate of the national barrier-free arts education program, according to CEO Michele Russo. The organization works with schools to bring arts experiences by professional artists directly to students to make art accessible to all socioeconomic levels, geographic areas and abilities.

With schools operating remotely, the first thing YA did when the coronavirus hit the U.S. was cancel its spring programs.

“We wanted to give people space,” said Russo. “We knew our school partners’ priority was educating students and that they needed time to adapt.” 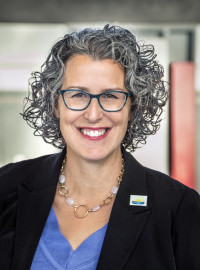 As the country settled into the “new normal,” the organization wanted to provide some arts education support and began releasing short recordings of live performances. Later, YA hosted live online performances, and artists started working with students virtually.

Russo’s team also focused on work that supports its teaching artists. The organization developed an Artists Innovation Fund, and out of this came a teacher training series to help artists navigate the technology and logistics of live online instruction and performance.

Although supporters have been generous about the use of their existing gifts and YA has received unsolicited donations, the organization has held off targeted fundraising. Instead, YA has been proactive in communicating with donors about how it continues to engage in education and be innovative and forward-thinking. With no established guidelines in place for the coming school year, the organization is preparing for various programming alternatives.

“We want donors to feel secure,” Russo said. “It was a good move for us to press pause on a relief campaign. As an organization, we’re not in an emergency situation right now. Donors understand we don’t know what’s coming down the pike and that we may have needs in the future. If that crisis occurs for us, we want to have a clear idea of what those funds would do for YA and the children we bring programs to.”

Paraphrasing Hamlet, to fundraise, or not to fundraise, that is the question. Jones sums up the prevailing sentiment of nonprofits during times of crisis, “The most successful organizations are sensitive to their donors’ situations. We want to make sure they know we’re thinking of them in good times and bad.”

Thirty years of communications and marketing experience in the corporate and nonprofit sectors have greatly informed Melissa Biggar’s work in her current role as director of annual giving and donor relations at Family Promise, a national nonprofit addressing the crisis of family homelessness. In her time at Family Promise, Melissa’s campaigns have set organization fundraising records. She has facilitated workshops on fundraising and donor engagement and is passionate about ensuring all donor interactions are rewarding and memorable.

Does Your Nonprofit’s Anniversary Count as Special?

Use Special Days to Your Advantage

Infographic: Seven Story Types to Include in your Fundraising Efforts

Have You Earned Your Donors' Trust?
Comments
Subscribe
Find Resources