Philadelphia Foundation announced that it will award $1 million in grants to local nonprofits in celebration of 100 years of service. The Key to Community Grant Program seeks to accelerate the impact of solutions that are working, and can be scaled and sustained to meet a significant community need or opportunity, according to a press release from Philadelphia Foundation.

“Philadelphia Foundation is at 100 years old and is launching our second century of service. We chose to call this year a ‘centennial celebration’ to lean forward into the future and really take stock of the fact that we're starting a new period in our continuing effort to be of service to Greater Philadelphia, improving the quality of life in Philadelphia by connecting people with needs, as well as opportunities and ideas of resources,” Pedro A. Ramos, president and CEO of Philadelphia Foundation, said in an exclusive interview with NonProfit PRO.

Earlier this year, the foundation invited community members to help it choose local nonprofits to receive a total of nine grants. There were nearly 200 applicants, which were reviewed and interviewed by panels of expert judges. The top 15 finalists were announced in June, and now the foundation has opened the polls to the public. Until July 26, the public can visit philafound.org/vote to vote for which nonprofits they think should be awarded the grants. 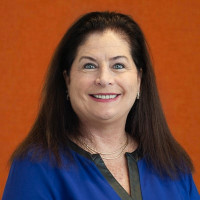 “It's not a popularity contest. It’s a, ‘What really matters to you, and do you feel good about that solution? Is that resonating with you? Is it solving a problem that is important to you? Is it sustainable over time?’” Diane Melley, executive director of Second Century Initiatives & Corporate Partnerships at Philadelphia Foundation, said. “We feel really good about the process and the three different categories.”

According to an announcement from the foundation, there will be a total of nine grants (three first-place $200,000 grants, three second-place $100,000 grants and three third-place $33,000 grants) awarded in the following three categories:

8 Grant Reports for Metrics and KPIs