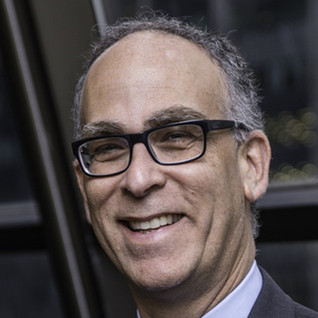 The top program, American Cancer Society’s Relay for Life, which is currently undergoing downsizing and overhaul, showed a decrease of 12.66% (-$23.4 million) in revenue in 2019 compared to 2018. Without this program, the combined revenue for the remaining 29 programs came up positive, David Hessekiel, president of Peer to Peer Professional Forum, told NonProfit PRO in an exclusive interview.

“Folks in the [peer-to-peer] field have said: ‘Oh, walks are dead. We're never going to be able to resuscitate walks.’ Well, that's actually not true. There are a lot of walks that are doing well and are growing that have, in some cases, right-sized themselves,” David explained. “[These organizations] reduced the number of events they were producing, which may have resulted in some reductions in the past, but now they were better able to manage the programs and to concentrate on those that had the greatest potential.”

The growth in walks in 2019 was further evidenced in the survey results:

While peer-to-peer fundraising has always been and will continue to be an interactive, relationship-building activity, it’s no denying that the landscape is going through a shift, with the introduction of new digital tools and capabilities.

With this shift, it’s important for nonprofits to continually endeavor to work smarter — meaning using technology and smart marketing to make the most of the programs nonprofits are so invested in, David said.

Since the advent of Facebook Fundraising, nonprofits have been able to further raise awareness and engage supporters. And there’s no doubt Facebook has played a big role in advancing peer-to-peer fundraising. The problem nonprofits have had with Facebook is that organizations could never get their hands on the donor data.

“It's taken a few years, but nowadays many platforms have integrated with the API from Facebook, so that you can now have those details show up in your fundraising. If you're not a technologist, it's not so easy to do, and it requires a lot of cooperation and coordination,” David said.

He continued, “Make those investments, spend that time to create more ways for people to fundraise and have it all show up in one place — because we're also used to using so many different websites and apps, and [having] smartphones in our pockets. This is all to say… folks are working smarter.

Another trend on the rise for peer-to-peer fundraising is livestream fundraising. We have talked about this quite a bit on NonProfit PRO.

“When we first heard about Extra Life when it was first being experimented by Children's Miracle Network Hospitals, it was so common for people just to say, ‘I don't get it. I mean, why would anybody want to watch somebody else play a video game?’” David explained. “There’s a better understanding from people who are not gamers and streamers themselves of the fact that this is significant — not just a cool little shiny object — it is a real thing.”

For more information on the “Peer to Peer Fundraising Thirty,” click here.