A primer on financial, compliance and reporting requirements. 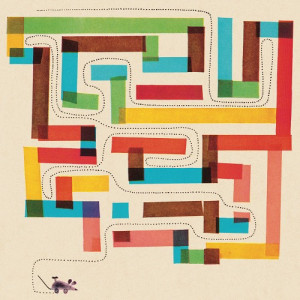 Navigating the maze of the financial, compliance and reporting requirements for charitable fundraising can be a daunting experience for charities and their fundraisers and sponsors. Currently, 45 states and the District of Columbia have some degree of statutory regulation of charitable solicitation activity conducted within their borders. Many states—though not all of them—require registration and reporting of financial and other information. Those reporting requirements apply to charitable organizations, professional fundraisers (commercial fundraisers or solicitors), professional fundraising counsels (consultants) and commercial co-venturers.

Although an organization that solicits contributions nationally may find compliance with registration requirements to be burdensome, the penalties for noncompliance can be harsh. They range from monetary penalties to cease and desist orders  to intervention in an organization’s operations by the state attorney general.

The solicitation of charitable contributions is fully protected activity under the First Amendment, even when conducted by a professional fundraiser with a profit motive. Of course, the state may enforce its anti-fraud laws to prohibit fundraisers from obtaining money on false pretenses or by making false statements. This tension between the federal constitution and the states’ legitimate interest in preventing fraud continues to be a central issue in the state regulation of charitable solicitation.

In most instances, it is the act of making a “charitable solicitation” that triggers a state’s registration and reporting requirements. Although the definition varies from state to state, generally, a charitable solicitation is any direct or indirect request  for contributions for charitable purposes, including oral and written statements, offers for sale and announcements for special events. Notably, the state solicitation laws do not apply to the receipt of unsolicited donations or other types of charitable activities, such as fees related to operating charitable programs. In other words, in order to constitute a charitable solicitation, there must be some affirmative act, such as asking for a gift, or selling goods or services that will benefit a charitable organization.

The “persons” soliciting charitable contributions generally can be classified into four types of entities. Each state identifies and defines only those entities that are regulated under its solicitation laws:

In essence, the important consideration is whether an organization engages in the solicitation of contributions to support a charitable purpose. Charitable purposes include, but are not limited to: relief of  the poor, distressed or underprivileged; advancement of religion; advancement of education or science; erecting or maintaining public buildings, monuments or works; lessening the burdens of government; lessening neighborhood tensions; eliminating prejudice and discrimination; defending human and civil rights secured by law; and combating community deterioration and juvenile delinquency. Typically, the registration process for a charitable organization involves filing a state registration form, providing a copy of the organization’s IRS Form 990 (if one is required) as well as financial statements (which may be required to be audited, depending upon the organization’s annual revenue), copies of contracts with fundraisers and commercial co-venturers, and a filing fee. Additional documentation that may be required with the initial registration includes a copy of the organization’s charter, bylaws and IRS acknowledgement letter (if the organization qualifies for tax-exempt status).

Currently, of the 45 states with charitable solicitation statutes, 41 states plus the District of Columbia require charitable organizations to register before they begin solicitations. In some states, depending upon the amount of overall contributions or the nature of the activity, charities, such as religious and educational institutions, hospitals and membership organizations may be exempt from registration. Also, organizations that solicit solely via the internet (and do not engage in any targeted activity in any state) may not be required to register in any state other than the one in which they are based.

Commercial co-venturers. A commercial co-venturer is an entity that does not regularly engage in fundraising, but instead advertises that the purchase or use of its goods or services will benefit a charitable organization. For example, a McDonalds’ advertisement may state that for every hamburger sold, McDonalds will donate $1 to the Ronald McDonald House (a nonprofit organization). Currently, six states require registration, contract filing, the posting of a bond and/or the filing of a campaign financial report. In addition, 20 other states regulate the activity by requiring specific contract terms and point-of-sale disclosure, but do not require registration or contract-filing by the commercial co-venturer. Instead, the charitable organization that benefits from the advertising may be required to file and/or report the contract.

Having an understanding of the regulatory framework governing charitable solicitations will make it easier for organizations to identify compliance issues and prevent potential fines, penalties and other consequences.

Tracy L. Boak, Esq., is a partner at Perlman and Perlman L.L.P, a law firm that serves nonprofits, social enterprises, fundraising professionals and other philanthropic organizations.

Are You Focused on All 3 Areas of Leadership?

How to Know When It's Time to Close Your Nonprofit