Imagine opening The New York Times on the morning of Tuesday, November 27, 2018 and seeing a banner ad at the top of the page reading:

DOES NEWS OF INJUSTICE MAKE YOU WANT TO DO SOMETHING?

Make a Giving Tuesday Donation to the ACLU

As evidenced by the above, the ACLU pulled out all the stops and created some new ones to reach its $1 million-dollar special appeal fundraising goal.

This ambitious campaign stretched across every digital platform possible, starting with a pre-Giving Tuesday email and ending with a late-evening Tuesday email. The organization’s homepage included an eye-catching, full-page takeover, Apple Pay capability was added to its donation forms, a new multi-step form was used to increase mobile conversions, as well as enlisting more than a dozen celebrity ambassadors to promote the campaign on its social platforms. 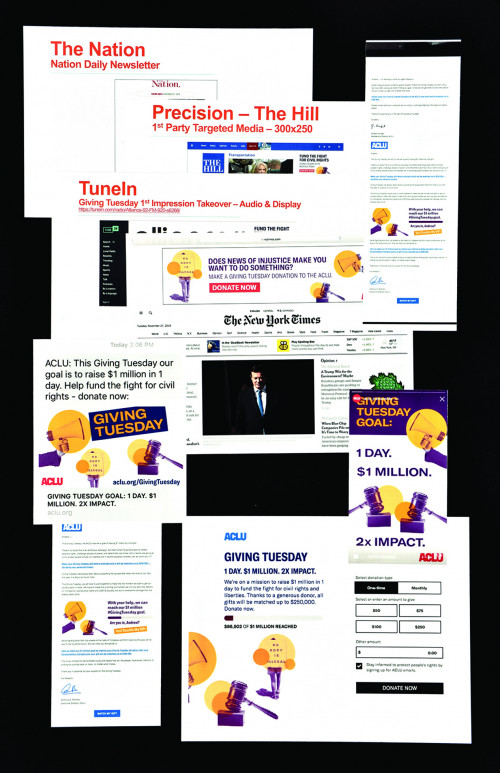 Advertising played a big role — display, paid search and social ads — including the top of The New York Times front page. And, for the first time, the ACLU added SMS text messaging. Utilizing everything in its database, its list included all donors, non-donors, renewals and lapsed donors, which successfully pushed the ACLU over their $1 million-dollar goal, as the entire campaign generated over $1.2 million dollars — with $30,000 coming from its first-ever SMS efforts and more than $600,000 from the website. In addition, search engine marketing increased 76% from previous years and display income rose over 108%.

5 Ways to Make Your Outer Envelope Do Its Job