As part of its goal to make homes – and hometowns – better for all, Lowe's announced it is accepting nominations for the second year of Lowe's Hometowns, a five-year, $100 million impact program and the company's largest-ever commitment of its kind. Now through Feb. 20, people across the country are invited to nominate projects for the opportunity to receive a Lowe's Hometowns grant and help revitalize their communities. 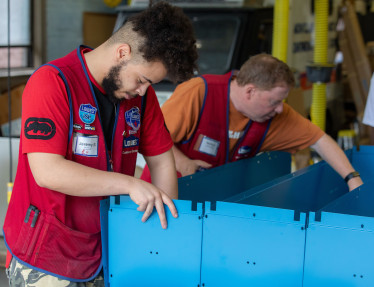 Based on the results of the inaugural Lowe's Hometowns program in 2022, more than 1.4 million people across the country are anticipated to benefit from last year's 100 signature projects within one year of their completion.

"Giving back to the communities where we live and work has been at the core of Lowe's philosophy since our founding more than 100 years ago, and Lowe's Hometowns is a key part of how we bring that commitment to life," said Marvin Ellison, Lowe's chairman and CEO. "I am incredibly proud to see the impact that Lowe's associates continue to make in supporting Lowe's Hometowns projects across the country."

According to a study from Lowe's impact partner Points of Light, 82% of social impact organizations reported an increase in demand for their programs and services in 2021. This year, Lowe's Hometowns will provide crucial support for nonprofits that need it most and spaces that serve as the hubs and heartbeats of communities.

"From community spaces damaged by a natural disaster to food pantries facing low supply and high demand, we must come together to continue to serve communities in need," said Diane Quest, interim president and CEO, Points of Light. "Lowe's understands businesses play a key role in strengthening communities. The Lowe's Hometowns signature projects completed in 2022 will have a deep impact, and Points of Light is proud to support Lowe's Hometowns in 2023 and continue to increase that impact." 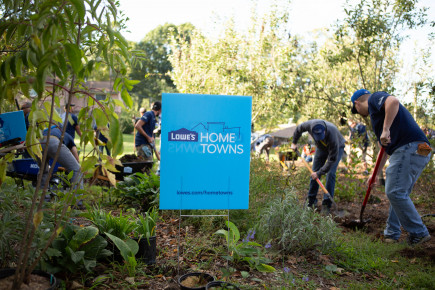 Eligible project types include rebuilding or renovating the following:

Focus on Donor Retention This Year