How Much Do the Presidential Candidates Give to Charity?

Immigration policies, gun control stances, pizza purchases, musical tastes—a lot factors into a person’s decision of who to elect to the White House for the next four years.

As nonprofit professionals, the candidates’ propensities for giving might also factor into your decisions. Or at least be worth knowing.

Deseret News compiled the available tax and giving rates of all of the candidates, attempting to glean which candidate gives the most. And we're here to break those numbers down ever further.

But it’s not that easy. Sadly (but not surprisingly), not all candidates have made their tax returns public.

For those still in the race with no information available, we rounded up whatever charity ties we could find to present a candidate-by-candidate snapshot of their giving tendencies—and how each candidate compares to one another, former presidential candidates and the average American.

All candidates still in the running have been listed alphabetically by last name, regardless of party affiliation. Or sanity.

Ben Carson, Republican
Maybe Carson thinks he needs to hear his name announced before he can release his tax returns, but all we know is this: They aren’t out there.

That said, the retired pediatric neurosurgeon and his wife co-founded Carson Scholars Fund Inc., which supports the Carson Scholars Program and the Ben Carson Reading Project. The Carson Scholars Program, which awarded its first scholarships in 1996, has grown annually from providing 25 $1,000 college scholarships to providing 500. The Ben Carson Reading Project has funded more than 130 reading rooms in schools throughout the country to help kids foster an interest in reading for fun. According to the nonprofit’s annual report for 2015, 93.5 cents of every dollar raised goes toward benefiting students. 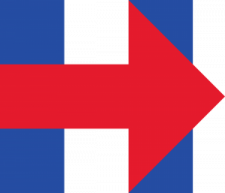 Hillary Clinton, Democrat
By numbers alone, Clinton ranks highest in charity among the current candidates. In 2014, the former Secretary of State recorded a 10.8 percent giving rate, which equates to $3,022,700 in charitable donations of a $27,946,490 adjusted gross income.

But the donations mostly go into her foundation(s)—and trying to trace her donation practices gave us a headache. As Nonprofit Quarterly broke it down, there’s the Clinton Family Foundation, which is the family’s private foundation used to disperse money to other charities. There’s also the Bill, Hillary & Chelsea Clinton Foundation (aka, the Clinton Foundation), the international public charity.

Now, there’s nothing atypical about donating to one’s private foundation. Clinton’s 2014 charitable donations (a little more than $3 million, above) went to it. But, according to The Washington Free Beacon, of the $3.7 million the Clinton Family Foundation gave in 2014, $1.8 million went to the Bill, Hillary & Chelsea Clinton Foundation. That means at least some, if not most, of her charitable donations went to her own public charity. That’s a little more ... questionable. Not to mention, there was the Clinton Foundation’s short stint on the Charity Navigator watch list. Ultimately, trying to track Clinton's donations was like playing whisper down the lane. Ted Cruz, Republican
The most recent tax filings for Cruz date back to 2010, and report a 0.9 percent giving rate (donating $19,137 to charity of his $2,040,840 adjusted gross income). The Texas senator’s tax returns were available on his own website at one point, but have been removed—the 404 page now showcases a video about bacon instead. We think that speaks for itself. 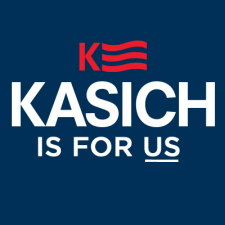 John Kasich, Republican
It has to be hard being the only grown-up on the debate stage, so maybe we’ll cut Kasich a little slack on his lack of tax returns. He’s busy dealing with the childish antics of the other candidates. Then again, as the grown-up, we’ve got to hold him responsible for this lack of intel.

The most recent tax returns we could find were from The Columbus Dispatch for 2008, where the Ohio governor listed his adjusted gross income as $1,145,156 and charitable donations as $27,326. Type that into a calculator and it comes out to a giving rate of roughly 2.4 percent.

In 2009, Rubio provided partial tax returns—which listed his adjusted gross income as $317,531—but no information on charitable donations was available. So we’re just going to keep playing the same game. Marco … Marco … Polo? Anyone? 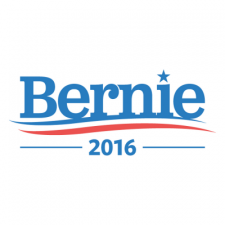 Bernie Sanders, Democrat
With an adjusted gross income of $205,271 for 2014, Sanders is certainly well-off—but, as NPR reported, he is earning significantly less than his Senate counterparts and is one of the least wealthy presidential candidates.

But that hasn’t stopped the Vermont senator from giving back. With $10,217 in charitable donations, according to The Washington Post, Sanders has a 5 percent giving rate.

The king of small donations walks the walk. A supporter of public-financed elections, Sanders checked the box on his tax return to support the presidential election campaign fund—a $6 donation that perpetuates a consistent track record.

Donald Trump, Republican
Remember when Trump demanded President Barack Obama present his birth certificate, and in return he would release his tax returns? Obama did; Trump still hasn’t (though he said he will soon).

Don’t color us surprised if he doesn’t. As his track record indicates, he’s not exactly known for following through.

Despite his own claims to the contrary, the billionaire businessman also is not known for his charity. Last year, Trump said he donated $102 million (some in cash, most in land—donations which present their own questions) over the past five years, but he's provided little documentation to confirm those claims, according to The Associated Press. And the last time he made a contribution to his own Donald J. Trump Foundation? In 2008, when he donated $30,000.

That said, according to the Trump campaign, he did contribute $1 million to the $6 million raised during the veterans rally Trump hosted in lieu of attending the Fox News debate on Jan. 28. Then again, we know how small a sum Trump views $1 million.

Sure, there’s a chance the limelight-loving billionaire has been doing some anonymous philanthropy. Or these claims of giving can be substantiated. We’ll leave it at this: We’ll believe it when we see it on those tax returns we’re supposed to get soon.

Notable Suspended-Campaign Candidates
The number of candidates continues to dwindle down. Of those who were once in the race, many didn’t have any tax return information on record. Of those who do, three Republicans stand out.

From her 2013 tax returns, Carly Fiorina holds the highest charity giving rate (13.4 percent) among all candidates who, at one point in time, have been in the running this cycle. She reported an adjusted gross income of $1,953,929, and charitable donations of $261,246.

While not as impressive as Fiorina, Jeb Bush and Chris Christie hover around similar percentages to one another. In 2014, Bush had a 3.7 percent giving rate, while Christie had a 2.9 percent giving rate. Worth noting, in 2013, Bush donated just 1.5 percent of his income—meaning he more than doubled his giving rate in 2014.

For quick reference, here's the summary of giving rates:

So, what do these rates mean? Are these adequate giving amounts?

We can compare them (or at least the ones we have) against one another. Doing so, the ladies win and are the only two to break double digits—Fiorina at 13.4 percent and Clinton at 10.8 percent.

We also can hold them up to those who were in their position four years ago—Obama and Mitt Romney, who just last month suggested all candidates release their tax returns (pronto).

With those numbers in mind, the 2016 candidates are hardly as impressive.

It also may be good to keep in mind how they stack up against the rest of the country. On average, Americans give approximately 3 percent of their incomes to charity, a number that hasn’t changed much throughout the years, according to The Chronicle of Philanthropy. While the giving rate can vary by income, most brackets hover around the 3 percent mark.

But keep in mind the returns on record for Cruz, Kasich and Rubio are not recent. What does that mean? They very well may have become philanthropic superstars in recent years. There’s just no proof they’re willing to share.