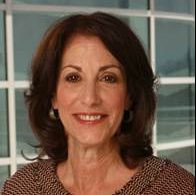 Dr. Joan Weinstein has been appointed as the new director of the Getty Foundation after an international search, The J. Paul Getty Trust announced in a press release. Weinstein currently is the acting director of the foundation and has been deputy director for the past two years, where she oversaw the strategic direction in grantmaking, led the development of new grant initiatives and established metrics to assess funding impact.

“The Getty Foundation is committed to serving the fields of art history, conservation and museums, and there are few people who understand the professional needs in these areas more than Joan Weinstein,” Jim Cuno, president and CEO of the J. Paul Getty Trust, said in the release. “Her deep knowledge of the visual arts and of strategic philanthropy has led to the creation of meaningful initiatives that have supported groundbreaking research and exhibitions, international scholarly exchange, training for museum professionals in sub-Saharan Africa, and so much more. Joan’s experience is invaluable, and I look forward to her taking the foundation to a new level.”

8 Grant Reports for Metrics and KPIs