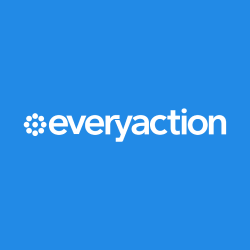 EveryAction, a provider of technology to nonprofits, with a platform serving over 18,000 organizations, announced the release of its 2021 GivingTuesday Results report, a new initiative that highlights key findings for what’s driving individual giving and volunteerism during one of the year’s busiest giving seasons. Inclusive of EveryAction’s portfolio of CRM/nonprofit fundraising, supporter engagement, and donor management brands (Salsa Labs, GiveGab, Mobilize), the report analyzes data from the over 581,000 donations processed through the platforms during Giving Week 2021 -- Thanksgiving to Dec. 4.

“Last year was an unpredictable fundraising cycle for many nonprofit and social good organizations. Some saw their revenue exceed expectations while others saw it dwindle,” said Amanda Coulombe, General Manager and President at EveryAction. “The insights in this report help crystalize how donors responded this year and provide some insights into where individual giving is headed.”

Results found that on GivingTuesday alone, nonprofits on the EveryAction, Salsa, and GiveGab platforms raised over $36 million online, which is over half of the near $64 million raised online during the entire Giving Week. For comparison, that’s 6.3 times more than the amount raised on the previous day, Nov. 29, and an over 18% increase in revenue from GivingTuesday 2020. Other key results this year include:

The data highlights a few key trends in giving that are likely to influence philanthropic donations for the rest of the year-end giving season and into 2022.

“The notion of donor fatigue is a real one, but these results show that nonprofits and philanthropic organizations are doing well at articulating their needs and inspiring donors to give more where there are meaningful calls to action,” said Amanda Coulombe. “This report highlights that consistent and memorable messaging and branding across audiences and channels can help organizations reach their supporter audiences and segments, educate them on the importance of the giving season, and encourage them to participate.”

The full GivingTuesday report can be accessed here.

Why Funders Care About Capacity-Building

Measuring Impact: 5 KPIs Your Nonprofit Needs To Be Tracking

The Future of Social Good Is Now

Building a Data-Driven Future for Fundraising