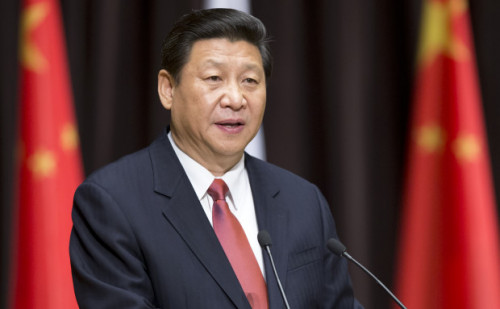 Under President Xi Jinping's rule, China has taken actions to stem Western influences on the country. (Image via GeekWire)

Yesterday, the China’s National People’s Congress passed the foreign NGO “management” law, The Guardian reported. The law, which will go into effect on Jan. 1, 2017, mandates that all foreign NGOs must register with public security officers, and have an official Chinese sponsor or host organization.

Under the new legislation, foreign NGOs that subvert the state and engage in political or religious activities that damage China’s national interests can be banned from operating in China for five years, and the individuals in charge will face criminal measures.

According to NPR, police can shut down NGOs’ events, inspect their offices and finances, and question their staff at any time if they suspect illegal activity.

Several foreign governments and rights groups have criticized the new legislation, saying it violates the country’s legal commitments to freedom of association and could increase economic inequality and social injustice within China. Not only will NGOs have to undergo extensive registration requirements, they will face vague restrictions on what they can do and what sorts of actions harm China’s national interests.

“We urge China to respect the rights and freedoms of human rights defenders, journalists, business groups, development professionals, and all others who make up civil society, including by protecting the ability of foreign NGOs to operate in China,” said Ned Price, a spokesperson for the White House National Security Council.

“The new law will have severe consequences for freedom of expression, peaceful assembly, and association, which are already sharply curtailed under existing laws and policies,” a spokesperson for Amnesty International said.

Many view the law as an extension of President Xi Jinping’s efforts to quash opposition to the Communist party, and say it will hinder foreign nonprofit groups across all sectors.

“Although we are open and tolerant, foreign groups that support or manipulate domestic groups to harm China’s laws will be dealt with according to the law,” Hao Yunhong, a police official in charge of foreign NGOs, said at Thursday’s press conference in Beijing on the new law.

These fears and actions from the Chinese government are nothing new. In January, Chinese police detained Peter Dahlin, a Swedish NGO worker with the Chinese Urgent Action Working Group, who was accused of instigating Chinese to oppose their government, NPR reported.

When Dahlin appeared on China’s state television to admit his guilt, many saw it as a forced and scripted confession. He was later expelled from the country.

The 2022 Nonprofit Outlook for Inflation, Monetary Policy and More