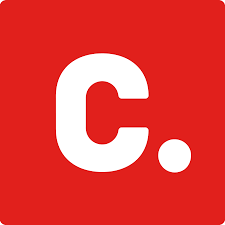 Change.org, the world’s largest tech platform for social change, celebrated its 10-year anniversary as a global organization with impact spanning 196 countries. The organization made this announcement following recent recognition in Fast Company’s 2022 World Changing Ideas Awards, which honors organizations driving change, tackling issues and pursuing innovation for the good of society and the planet.

Approximately half a billion users from around the world have come to the platform, starting more than 4 million petitions to address the world’s most pressing political, societal, and economic issues. The platform is expected to reach approximately 5 billion signatures for change in the coming year, a milestone for the company which first launched in the United States in 2007, and began global expansion in 2012.

"Over the last decade, Change.org has pioneered a global civic infrastructure that has enabled millions of people to make more progress, on more issues, than any other platform in the world," said Bec Wilson, COO and head of Organizer Success for Change.org. "We are proud to reflect on the impact people have driven through Change.org and the millions upon millions of lives they have touched in societies across the globe."

Millions of petition organizers have achieved victories for individuals and entire communities, driving change both locally, nationally, and on a global scale. Change.org supports organizers by helping them to find supporters, develop campaign strategies, secure media coverage, organize events, and get in touch with powerful decision-makers. The organization has been a simple but powerful technology behind the most compelling, citizen-led, globally recognized campaigns and most passionate activists in the world:

Through the platform, everyday people have rallied to save the innocent from execution and wrongful convictions, demanded action from corporations, protected animal rights, and saved lives with access to medication and care. They have held law enforcement agents accountable, fought discriminatory dress codes in schools, made sure teachers and families could weather the COVID-19 pandemic and most recently, have jumped into action to protect reproductive rights, among many other causes.

Beyond petition support, Change.org continues to find new ways to drive meaningful societal change in the world. The organization recently launched the Racial Justice Fund to empower African-American communities with 5.5 million dollars in funding for Black-led organizations across the United States and around the world. The program was recently recognized by Fast Company World Changing Ideas Awards in the General Excellence and CSR categories.

In Latin America, the organization has helped to amplify the voices of the LGBTQ+ community, particularly in the trans rights movement. This includes partnerships with various transgender organizations, activists and influencers in Brazil, Mexico and Peru to bring more awareness to their identity rights, and to fight and scale their campaigns through documentaries, murals and signature deliveries.

In 2017, the Change.org Foundation launched She Creates Change, a leadership program for emerging women civic leaders in India. Many of the program participants have used the skills and experience gained through the program to move into positions of leadership and influence throughout India. Given this success, the program has since expanded into Brazil, Colombia, Indonesia, and Nigeria, with plans to reach more marginalized communities through further expansion across the Global South.

The celebration of Change.org’s 10-year anniversary as a global organization follows its historic transition to a nonprofit-owned governance structure that establishes the permanent independence of the platform and secures the long-term stewardship of Change.org as a digital public utility committed to the public interest. This new structure also positions the organization for its next phase of growth: from a single product company focused on petitions to a civic infrastructure platform that empowers people everywhere to use their voice, money, and time to build healthier, more participatory and responsive societies.

Change.org is an open platform that draws people with different and sometimes competing perspectives, experiences and interests to use the free platform tools and resources to support issues and causes they care about. Through robust user guidelines and a dedicated legal and policy team, Change.org maintains a strong commitment to user privacy and safety and ensuring the rights and responsibilities of its half a billion users worldwide remain protected and enforced.