Last month, the well-known charity that has made a name for itself for disrupting the traditional nonprofit model announced that it has brought clean water to over 10 million people. And with that, charity: water has raised more than $400 million and funded more than 44,000 water projects in 28 countries. These numbers are quite impressive for a charity that is only 13 years old. It seems that it’s only scratching the surface.

We previously interviewed founder Scott Harrison about how charity: water came into fruition, and his book, “Thirst: A Story of Redemption, Compassion and a Mission to Bring Clean Water to the World,” gave us all an insider’s look at the reality of his tumultuous journey. Part of what makes charity: water stand out so much is, perhaps, how vocal Scott is at sharing his emotionally testing road to overcoming his hardships; but the other more prominent side is its 100% business model — in donations and transparency.

It’s pretty rare to see a nonprofit commit 100% of public donations to only the mission. It’s difficult because, while nonprofits exist to promote social good and use donations to take action toward their causes, there’s an operations side of nonprofits, too. Nonprofits act like businesses in that they need resources to fund their operations — staff, equipment, office rent, utilities, insurance, etc. So it’s pretty normal for nonprofits to take a portion of their revenue for “overhead.” But charity: water has found a way to overcome the overhead obstacle: by putting all of its donations toward the mission, while making sure there are funds set aside for its operational costs. 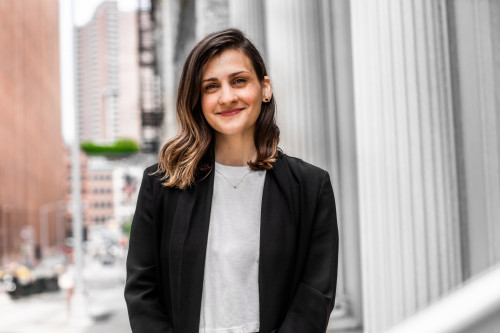 “[charity: water] started with [the 100% model] idea because we really wanted to change the perspective of charity and, specifically, restore trust in charity. We thought one way — one great way — to do that was to make sure that every single dollar that was publicly was given to us could go straight to the field. That would allow us to prove it, to show the impact of that dollar very specifically and to make sure that people knew the impact their dollars were having,” Lauren Letta, chief operating officer of charity: water, shared in an exclusive interview with NonProfit PRO.

“And so in the beginning, we started with this idea of curating a private group of donors — a group of donors who really believed in the mission and who saw that they could propel that through choosing to support our operations,” she explained.

While every donation given to charity: water goes directly toward supporting the organization’s mission of bringing clean water to those who don’t have it, the charity has set up a completely separate account that funds the organization’s operational costs. The Well is made of up 130 private donors — entrepreneurs, artists, musicians, business leaders — who have made a commitment to fund the charity's overhead costs.

“[These donors] commit to supporting our operations on a multi-year level. That has really propelled the growth, allowed us to keep that bold promise and to ensure that more than a million donors so far have been able to have a totally pure giving experience, knowing that, down to the penny, every dollar is going straight to the field,” Lauren said.

What’s even more interesting is that charity: water donors do not pay credit card processing fees. Lauren shared that the charity pays back those fees by taking funds raised by The Well, making sure that the donor’s entire donation goes straight to the field to have an impact. 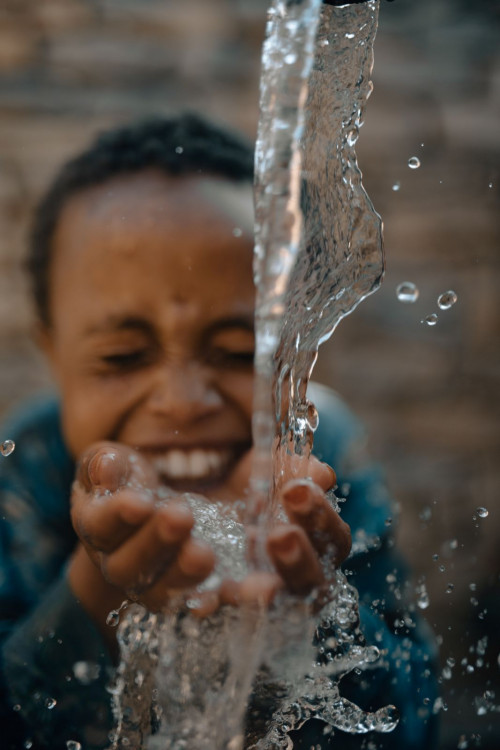 charity: water is also well-known for its level of transparency — which is about 100%. The organization has always made it a priority to make sure it is being completely honest with its supporters, regardless of if the project was a success or failure. From the beginning, charity: water wanted to make its story simple — that everyone understands that there is a water crisis and knows that they have the power to make an impact.

“On the other hand, we never tried to make it sound like the work is simple. Understanding the water crisis and believing that everybody should have clean water — that's a simple concept. But ensuring that people have that clean water... is not easy,” Lauren explained.

She continued, “We've always found that it would restore or increase trust in the brand if we tell the truth when we found out what we wanted to happen didn't happen. We've also found that people tend to be quite understanding of that and want to figure out how to help. It's been a great principal and value the organization has had in how we lead, how we tell stories and how we communicate. The authenticity, I think, helps bring people and connect them further to the mission.”

This couldn’t be more true. What makes the nonprofit-donor relationship so unique is the trust that is built over time. Donors trust your organization enough to donate money — perhaps on a recurring basis — which means that they are trusting that you are using their donations wisely. But sometimes things don’t go according to plan. Maybe the project donors were funding needed more resources than your organization had, and the project took longer than expected. Or maybe your organization’s brilliant plan to achieve X, Y and Z only achieved X.

Whatever the case, your donors want the full, honest truth. And when you are honest with them, chances are they will bestow even more trust, respect and appreciation in your organization. However, if your organization attempts to cover up the results of a “failed” project — and your donors find out about it — chances are, the outcome is going to be significantly worse than they would be if you were just honest from the get-go (like losing those loyal donors... forever).

“I think that speaks to today's growing need and desire to trust brands, and the intelligence of the people who are engaging with our supporters and the donor base. People, whether a consumer of a for-profit brand or a supporter of a nonprofit, there's a level of trust that we hope and look for. And I think there's also a little bit of cynicism in ‘if it looks too good to be true, it probably is,’” Lauren said. 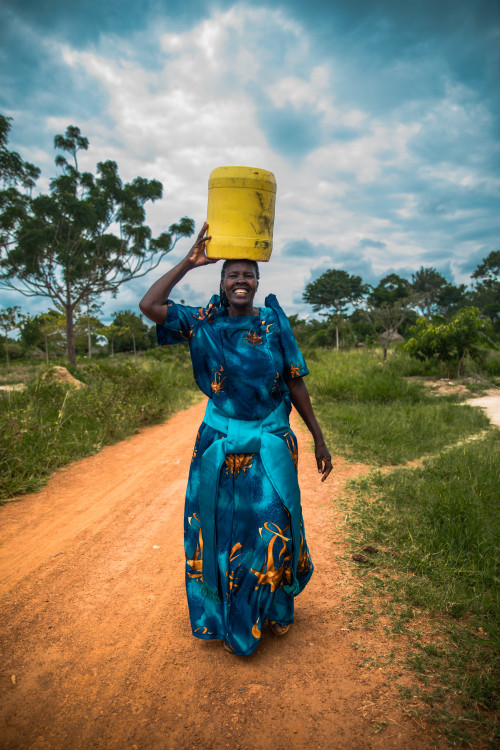 Beyond its prioritization of being 100% transparent with its donors, charity: water has gained popularity over the years for having very loyal supporters. And that’s because the organization understands how to interact with its supporters — ensuring that they are being engaged on a very authentic level.

“At the root of what we do, our mission is to solve the water crisis; but the vision that really kind of powers and drives us is to reinvent charity. And that is through things like the 100% model, transparency and also proof, which for us really means... how can we use as many innovative ways to connect people with their impact as much as possible, regardless of how they're giving?” Lauren explained.

“I think, in the early days, that was really foundational to our growth and to the manifestation of what we meant when we said we care about truth and transparency, and reinventing charity,” she said.

The organization also has a monthly giving program called “The Spring,” where donors can decide how much they want to give each month. On the website, donors can even find out how much their potential monthly donation can make before they even make it. For example, if you click a $60 monthly gift on the website, it shares a note: “Your $60.00 monthly donation can give 24 people clean water every year.”

“We really want you to be engaged, and we really want to engage with you. So, we create custom content for our growing community of Spring members. There's 43,000 members in the program now, it's a three-year-old program and we're engaging with them through custom content, video content, special stories. We're trialling new ways to show impact of both individual impact and community impact,” Lauren shared. 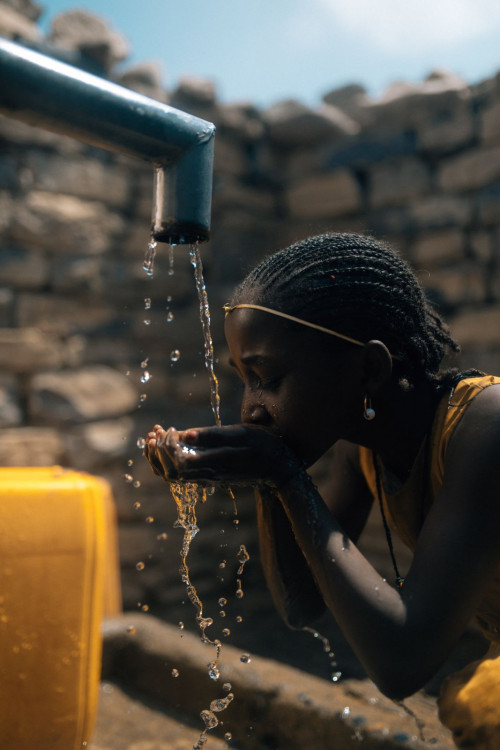 While the 10 million milestone is a big accomplishment for the charity, it has already shifted its focus to the next milestone: 25 million. And even when it achieves the goal of providing 25 million people with clean water, it won’t be enough because there are still over 663 million people in the world without clean water. To charity: water, it’s only just begun.

“There is an end, and we hope to see it in our lifetime, but it's definitely a big goal and it's going to take [a lot]. As we say, ‘You're not going to get to the next step the way you got to this step.’ So we're constantly trying to just think about what does it look like to continue to work at this level, in this capacity and this quality — but to go faster, and to get more people behind the mission,” Lauren said.

Lauren Letta is COO of charity: water. Lauren first joined charity: water in 2010 as a consultant, drawn in by the organization’s creative, startup-like approach to solving the water crisis. Since then, Lauren’s role has grown to include overseeing major campaigns, special projects and production, and she has built a team and a culture that values excellence and remains as committed to its mission 13 years in as it was on day one. AS COO, she ensures all departments are working together effectively and empowers teams to find new ways to solve problems, become expert storytellers and push boundaries to create the best possible experience for charity: water supporters. Prior to joining charity: water, Lauren worked in fashion and events, managing global campaigns for brands like Warner Bros., Saks Fifth Avenue, and Swarovski. An Ohio native, she earned her bachelor’s degree from the University of Dayton. Outside the office, Lauren enjoys exploring the New York City food scene with her husband and young daughter.