BoardBuild Announces 8 New Additions to Board of Directors 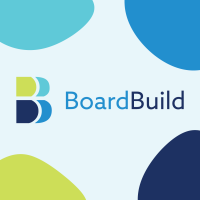 “Expansion of BoardBuild's board of directors to include industry experts from across the country has allowed BoardBuild to build a best-in-class board. We even used our own platform to identify and recruit to specific skill sets, demographics and industry representation!” — Pamela Cannell, BoardBuild CEO

BoardBuild was founded in 2019 and contributes to the success of nonprofit organizations by filling their boards with skilled individuals who seek to make a positive impact on their communities.

BoardBuild believes the best way to strengthen the social fabric of any community is by strengthening the fibers of its leadership. Since inception BoardBuild has more than doubled its board members and has helped strengthen numerous nonprofit boards through their comprehensive board governance training and innovative matching platform.

Kathryn is the Director of Talent and Leadership Development at Ericsson located in Plano, Texas, and the Operations Officer for the NR Naval Personnel Command in Millington, Tennessee, as a commander in the U.S. Navy Reserves. After graduating from the United States Naval Academy, Kathryn served 18 years on active and reserve duty; created six different Leadership Development programs; volunteered with programs such as the United States Naval Academy as a Blue and Gold Officer and Girls on the Run; and was a speaker at the Youth of the Year Leadership Dinner for the nonprofit Boys and Girls Club of America. She was on the board for the Military and First Responders Employee Resource Group at KDP for five years and continues to actively recruit and mentor transitioning veterans from colleges and career fairs. She is currently on the core team for the Ericsson Veterans Alliance ERG and has been a speaker for Women’s Veterans Day and Leadership Development events. She is also a founding member of the Reserve Leader Development Training Team for the U.S. Navy Reserves and has a twice quarterly Leadership Development seminar.

Matthew is the Founder and CEO of Poplar Resources, an oil and gas exploration and production company based in Fort Worth, Texas. Over the course of his career, he has held various executive management and finance roles in the energy and financial industries. Prior to Poplar Resources, Matt served as Chief Financial Officer of Magellan Petroleum Corporation, a NASDAQ-listed independent exploration and development company. In addition to serving on the board of BoardBuild, Matt is the founder and president of ADAM Energy Fort Worth, an industry organization for oil and gas executives in the greater Fort Worth area. He also serves as a mentor with Big Brother Big Sister Foundation Inc., and as an Advocate Circle Member for Partnership with Native Americans.

D.J. Harrell is the Director of Development Services of the City of Fort Worth in Texas. His primary responsibilities include administration of municipal planning, development facilitation, public infrastructure design review and building standards for the city. He is best known for his ability to develop and integrate teams to align around shared visions and goals while promoting an inclusive and cooperative culture. In addition to BoardBuild, D.J. is active in multiple professional organizations, such as the Texas Municipal League, the Urban Land Institute, the American Planning Association, the International City/County Management Association, the Project Management Institute and the Greater Fort Worth Association of Realtors.

John Hernandez is the immediate Past President/CEO of the Fort Worth Hispanic Chamber of Commerce and is currently the COO of E9 Construction, LLC. Before his term at the Chamber, he served on the board of directors of the FWHCC for two terms and was a small business owner of a custom classic car business for 7 years. He has served on 16 different boards and community committees including the DFWI, Fort Worth CVB, Fort Worth Sister Cities, FW Minority Business Advisory committee, Honorary Commander at NAS/JRB, Kay Granger Hispanic Advisory Committee, Blue Zones Advisory Committee and Big Brother Big Sister Event Committees.

Elise is an experienced consultant and business marketer with an innate passion for helping her local community through volunteering and engaging in philanthropic efforts. Currently, she serves on the Rodeo Sales Committee for The Junior League of Fort Worth, Inc., is a Community Volunteer for HOPE Farm Inc., and a graduate of LeadingEdge in Fort Worth, Texas. In addition to BoardBuild, Elise is the Director of Digital Marketing at Rethink Wealth. Her strong drive for community growth, and her unparalleled work ethic and skills in marketing and consulting, make her a perfect addition to BoardBuild.

Gregory Nielsen is the President and CEO of Nielsen Training & Consulting, LLC, and is a military veteran, having previously served as an officer and attorney in the U.S. Army Judge Advocate General’s Corps. Gregory has earned the prestigious BoardSource Certificate in Nonprofit Board Consulting. He is also a frequent public speaker on nonprofit leadership and governance. Gregory previously served as CEO of the Center of Nonprofit Excellence, expanding the reach of the organization to serve more than 500 nonprofit organizations through consulting and professional development. During this time, Gregory also helped launch Destination: Excellence, a six-month leadership development program for nonprofit executives and Circles of Excellence, a peer-to-peer learning program for nonprofit leaders.

Willie is a Marine Corps, Operation Iraqi Freedom War veteran and the Executive Director of LVTRise. As a community servant, he has helped many community members navigate nonprofit and government resources to receive assistance. He built a reputation in the Tarrant County community by building strong collaborative relationships, seeking new community partnership opportunities and cultivating individuals for fundraising and engagement. Alongside his position with BoardBuild, Willie volunteers on the Board of Leadership Fort Worth, BRIDGE Fort Worth and the Zoning Commission for District 2. He has also served on committees for the Blue Zone Project, Veterans Coalition of Tarrant County and the 2017 City of Arlington Transportation Advisory Committee.

Ed is the Director of Experiential Learning at TCU’s Neeley School of Business. There, he launched Neeley & Associates Consultants, an MBA consulting program. He is also the co-founder of The Alternative Board of Greater Fort Worth, an organization that recruits and onboards business owners to sit and serve on an advisory board of non-competitive, business owner peers that is led by an executive coach/facilitator. Previously, Ed served in the planning and policy-making units of the American Heart Association and the American National Red Cross corporate headquarters, served as the chairperson of the Accelerate DFW Foundation, was the President of the DFW Airport Rotary Club and served as a National Examiner for the Baldrige Presidential Quality Award.

For detailed new and existing board member biographies, visit www.BoardBuild.org.

Editor's Note: This press release was provided by a company unaffiliated with NonProfit PRO. The views expressed within do not directly reflect the thoughts or opinions of NonProfit PRO and its staff.

7 Tips for Building a Strong Board of Governance

Effective Board Orientation and Trusteeship