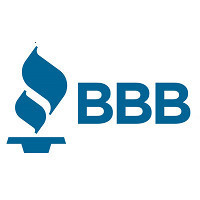 Charities that are accredited by BBB Wise Giving Alliance (BBB WGA) will now be able to accept 50-plus cryptocurrencies as charitable donations powered by The Giving Block.

BBB WGA's blockchain-based donation and engagement platform, GiveSafely.io will integrate with The Giving Block to become the go-to place for donors to donate (cryptocurrency and cash) and engage with trusted charities. The platform is only open to BBB WGA Accredited Charities and uses blockchain technology to enable peer-to-peer relationships with charities, safeguard donor data, and reward donors for sharing information about themselves.

Art Taylor, President & CEO, BBB Wise Giving Alliance, notes that "As cryptocurrency is becoming a growing contribution alternative, we are excited to work with The Giving Block, a leader in crypto-philanthropy, to expand the tools available to donors and charities on our blockchain-based donation platform, GiveSafely.io."

"With the erosion of public trust in institutions, it's important now more than ever to make sure that donors and charities engage in new fundraising models wisely and effectively," said Alex Wilson, co-founder, The Giving Block.

Donorbox Reaches $1B in Transactions

Should Your Nonprofit Accept Cryptocurrency Donations?

Shouldn’t Giving Be All About the Donor?