President and CEO of Smile Train shares how it’s elevating Cleft Awareness Month in July, what impacts COVID-19 had on its organization and how it maintained its fundraising during the crisis

July is National Cleft Awareness Month. Smile Train, an international cleft-focused nonprofit organization, has supported over 1.5 million cleft surgeries since 1999, empowered over 2,100 medical professionals, partnered with over 1,100 hospitals, supported over 30,000 cleft training opportunities and helped children in over 90 countries. To raise money and awareness for cleft lip and palate during Cleft Awareness Month, Smile Train hosted 24 Hour Run for Smiles on July 1, a virtual event where people across the globe went live on social media during their run or walk, while simultaneously raising money through Facebook Fundraisers. 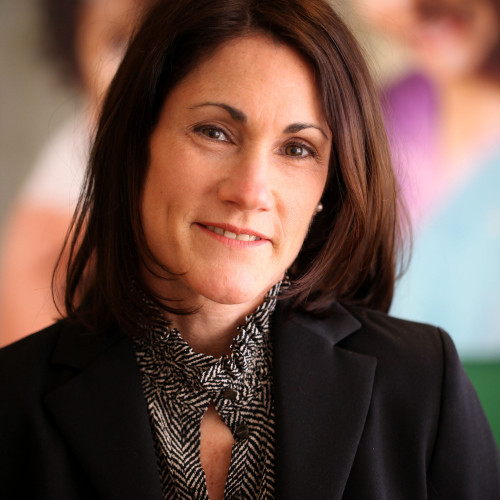 Susannah Schaefer, now the executive vice chair, president and CEO of Smile Train, has watched the evolution of the organization since it was founded by Charles B. Wang, an influential philanthropist and businessman who also started his own charitable foundation called The Charles B. Wang Foundation. Schaefer joined Smile Train’s board in 2003, became more involved with the organization’s projects and management around 2010 and became its CEO in 2013.

Let’s talk about Smile Train’s fundraising strategy. Can you share which tactics and strategies have proven successful over the years?

This really goes back to when Charles founded Smile Train and the funding he provided. Through his generosity and his funding, he was willing to put the funds behind building a robust direct marketing program, which was, at that point in the late 90s, very much focused on direct mail — so buying lists and building a robust program that could bring in return on investment income that would hopefully be scaled going forward. That's really how Smile Train started in the early days, and here we are now 21 years into this.

We still have a robust direct mail program. We've scaled that and also moved into new direct marketing approaches, like DRTV and digital fundraising. And also building out supporter programs so that we could help our supporters and our donors meet their philanthropic goals. And many of them are now emotionally connected to Smile Train. They love our work.

So we've built out a wonderful community program where we can continually stay in touch with our supporters, and our donors have a variety of activities — from athletic events through our team to empowering programs, which support our donors who do athletic events for us. For example, they could be doing an IronMan, they could be running a marathon; but they're essentially running for “smiles” and running for children with clefts (or whatever the physical activity is). We also have events to stay connected with younger donors who might not have the means to be supporting at a high level, but they want to be engaged and they want to be involved. That’s why we offer Students for Smile Train, a young leadership circle.

We've scaled what we started back with direct mail, which was very transactional — you receive something in the mail, and you send in your support. But we've learned that donors, they want to be connected with. They want to know what we're doing. They want to understand the impact of their donation and their work, and that comes through relationships.

July is National Cleft Awareness Month. Can you talk more about that, its background and the initiatives that Smile Train is doing to help elevate it this month?

Amanda Cerny, who is an influencer on social media in the wellness space, was kind of out there at the forefront helping us. She's been a supporter of Smile Train, so she helped us launch and kick it off. We had a great response to it, and a lot of people out on social doing their run. If it was a 5K, 30 minutes worth of running, even walking — just being out there to show that they want to make a difference for cleft children around the world.

And we recently just put out a press release: We're partnering with another global NGO, Kids OR. It’s based out of Scotland. And its focus is building out operating rooms in the developing world, so the organization outfits operating rooms with equipment and the resources needed. And primarily in areas that are similar to where we work — the developing world and where capacity is needed. Kids OR is a strategic partner for us.

We're initially launching with building out 20 operating rooms throughout Africa, and this will help us get into the operating room space where we, as a cleft charity, are able to empower our local surgeons, so they can do surgeries for cleft children on a regular basis, which has been an issue in Africa overall. It's basically just a capacity issue where one hospital could have one operating room, and it doesn't have adequate equipment. So partnering with another NGO in this regard just helps us reach our goals quicker and helps us meet the need on the ground.

How has COVID-19 impacted Smile Train, and how has your team adjusted your strategy to keep operations afloat?

When COVID became known and started to hit the point when the world knew that there was going to be a crisis and an issue. I mean for us, we saw that starting in China to begin with because we have programs in China. We saw how it was evolving across the globe and where we're helping. If there are safety concerns, you cannot have operations and surgeries. We were helping our China programs through this, and then we were able to take those learnings and apply them elsewhere through Asia, Africa and the Americas.

But unfortunately with COVID, we had to postpone surgeries; we saw approximately 25,000 surgeries postponed between January and May. But the good news is as COVID was being addressed, we saw when surgeries could start again — surgeries were starting again as of May/June time frame in China. And we just launched a press release a few weeks ago saying that our programs in Africa are now restarting again. So it's great that we're able to operate again. Safety is of the utmost concern, so it's important to have an ear to the ground and understand what's going on, but what we were able to do was focus on different aspects of our work at that time. It was very important to stay connected with our patients and to empower our medical partners so that our partner hospitals could have the resources that they need to stay in touch with their patients. We were able to administer telehealth connections, which is very important, especially for a family who has a child born with cleft. They need guidance on feeding a cleft child. We were able to conceptualize it, scale it and use learnings from areas in the Americas and apply that to areas in Asia and Africa.

In terms of fundraising, how did that look for Smile Train?

Initially, there was that shock that was going through the nonprofit sector, which was, “What’s going to happen?” “Are donations going to be down?” It's very important during these times that you stay the course. You don't pull back. You stay focused and you stay relevant. And that's what we did, and we didn't see any impact on our fundraising.

Face-to-face events that were scheduled obviously couldn't happen, but we were able to take opportunities to make them virtual and find ways to stay connected with our supporters. I mean, it's important — we put a campaign out that was, “Every three minutes, there's a child born with cleft around the world, and they're still being born during a pandemic.” So it's important to stay the course and stay relevant.

What did the messaging look like for your organization at the onset of COVID-19?

It's important that you alter the messaging to acknowledge what's happening, and that's exactly what we did. We came out with a public statement that we put out on our website and then shared it on social — just how COVID-19 is impacting our work and being very honest that we had to postpone surgeries, which of course is expected and inevitable.

We also supported our partners where we could with providing the testing that's needed so that surgeries could resume and providing PPE equipment to our partners that might not have had it. I mean, this is what Smile Train does. We want to support and empower our medical partners, so they can take care of children in their own communities. If they don't have access to that equipment, we can help them have access to the equipment.

We made sure it was all very transparent, and we acknowledged what was happening, making sure that all of our touch points were updated for our donors. For any nonprofit, transparency is of the utmost importance. We are the stewards of our donor's funds that they give us. They entrust us with their funds. Carrying that forward during this time is critical, and I think it's important that people understand that the need is still going to be there. Also, how can you be there for your partners, and how can you be there for your supporters so that they still have the avenue to give to you and to support you?

Do you have any advice for nonprofits, especially those that are struggling right now with COVID-19?

You've have to stay the course. Try to ride through this. Know that as much as you can. I know it's a struggle for some of the larger nonprofits. At Smile Train, our model is based on partnership and coming together, so you need to think of unique approaches and ways to stay relevant; but to stay the course — that's what's most important. Try and ride through it, and don't lose focus.

How to Use Social Media Holidays in Your Nonprofit Marketing Plan

Does Your Nonprofit Understand How to Market Itself?

Are You Marketing Your Brand or Your Mission?