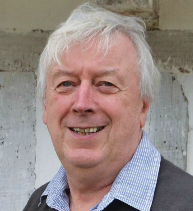 In this post-truth age, anyone who pretends they’re listening when they’re not may well be among the most under-informed, misguided and misled folks of all. It’s shocking to realize that people who’ve been nodding vigorously in agreement with you for decades may just have been humoring you all along, may have had little or no intention of actually doing what you thought they were so very enthusiastic about. Sure, they may have really liked the sound of what you were saying, but they had no capacity or prospect of implementing it because, well, it was just too challenging, or inconvenient, or some other tiresome, though scarcely, insurmountable barrier.

Certainly, throughout the past quarter century, many (if not most) fundraisers have been talking about the donor-based approach, but with a few shining exceptions they were not actually doing it. Now, at last, it seems outside forces may ensure—guarantee, even—that
fundraisers are going to have to really pay attention to the donor-based approach. And they’re going to have to act upon it too.

A Storm of Bad Publicity That Won’t Subside

That may seem a rather negative introduction to this article celebrating a significant birthday for a book that, when it came out in April 1992, was heralded as “setting the agenda for fundraisers into the 21st century.” Almost from its first appearance, “Relationship Fundraising: A Donor-Based Approach to the Business of Raising Money,” was feted by fundraisers on both sides of the Atlantic, plus throughout Europe and Australasia too. The revised second edition was published by Wiley/Jossey-Bass Inc. of San Francisco in 2002, and it’s been reprinted many times since. People buy copies still, every day. It has spawned conferences, speaking tours, fringe meetings,research studies, academic papers, translations, articles and countless seminars and workshops, often written by or delivered by me, or by one or another from a select band of sector figures of a similar mind. And there’s no denying that, throughout these 25 years, it—plus the hoopla that’s constantly surrounded it—has fed and clothed my children, amply and consistently.

Yet, 23 long years after that first publication, in the United Kingdom of Great Britain and Northern Ireland in the middle of May 2015, just days after I’d published the last in a five-part polemic series entitled “Fundraising Must Change,” a storm of media criticism of aggressive fundraising methods, high-pressure tactics and persistent over-asking broke upon the heads of the U.K. fundraising fraternity. The breadth, depth and sustained ferocity of this combined media assault had never been seen before. Data swapping, mass direct mail campaigns, unscrupulous tactics and short-term income targets have all had their entrails publicly and painfully examined—and were found deeply wanting.

The sustained exposé was sufficient to send hordes of donors rushing to cancel their direct support and regular donations, while public trust and confidence in fundraising charities spiraled to its lowest level since records began. In the nearly two years since those first attacks, there have been countless more, on radio, on television and in the public papers. They show no signs of abating either in frequency, ferocity or horrendous impact upon a vulnerable and under-prepared U.K. nonprofit sector.
This catastrophe simply could not have happened if all those who, way back then, were nodding so enthusiastically at the notions in “Relationship Fundraising,” had put any of that very explicit theory into practice, like they said they would. But, ironically, it is within this very catastrophe, which has been so painful and dispiriting for all who revere the national treasure that is our glorious nonprofit sector, that the seeds of our sector’s salvation will be found.

That’s because the scale of the scandal is such that government and regulators have all followed the media into the fray, and now no one can deny change is necessary, that it’s coming and nothing can stop it. It has to come, and it has to be deep, deliberate and lasting. For me, it can’t come soon enough.

Enter the Commission on the Donor Experience

We launched this sector-wide initiative just weeks after the media storm broke. Giles Pegram, former head of fundraising at the NSPCC and also a leading collaborator with me on the first edition of “Relationship Fundraising,” is its co-founder. He’s one of the U.K.’s most eminent and successful fundraising leaders.
The CDE’s purpose is to put care for the donor at the heart of fundraising practice, to replace the current obsession with reaching short-term cash targets, come what may. The CDE has more than 1,000 registered enthusiasts from across the sector and has co-opted at least as many as that as volunteers to contribute to its 28 transformational projects. Like good relationship fundraisers, of course, we believe that if we can get the donor experience right, people will stay with us longer and give more over time. As eternal optimists, we believe that, then, all our problems will be little ones—comparatively at least.

This April (by coincidence the 25th birthday of “Relationship Fundraising”) the CDE will publish summaries of the 28 major projects. These cover everything from the language fundraisers use, how they say “welcome” and “thank you,” the people they should employ, how they’ll train them, the supporter journey, new approaches to measurement and results, investment, impact, methods of communicating and dozens of other subjects—all with the purpose of putting the donor, not financial targets, firmly at the heart of fundraising practice. All projects are works in progress that will be added to in coming months and years. From these, fundraisers will learn the practical steps they need to take: how to plan a great donor journey, how to give great feedback and be an effective emotional storyteller, how to inspire major donors and bequesters, how to give donors practical choices that put them in charge of their relationship, how to ask properly and say “thank you” nicely, plus lots, lots more.

Alongside the detailed step-by-step guidance in these projects, CDE will be making freely available online literally hundreds of practical “how-to” tips that fundraisers can use as a blueprint to put their donors first in their fundraising. There will also be a catalogue of case histories (again, several hundreds of them) that show in summary and in detail how different organizations have put a donor-based
approach into practice.

What Will It Take for Change to Come?

You have to wonder why the donor-based approach hasn’t happened yet in anything other than isolated pockets. The answer, I believe, is clear: Most fundraisers are the problem, not the solution.
Particularly their leaders. Charity leaders are beset by short-term thinking and ambivalent attitudes to investment, innovation and reward. They don’t value and prioritize the donor experience. They’re unambitious, risk-averse, blinkered by targets and incapable of leading the needed change. Our sector reminds me of the U.K.’s retail book market, pre-Amazon. Like our charities, booksellers in the U.K. were fragmented, low-tech, badly-led, under-funded and generally offered a dismal customer experience. So, an ideologically-unsound, tax-avoiding foreign corporation that treats its staff poorly—say, Amazon—could come along and steal the U.K. book trade’s market easily and entirely, just by being competitive and offering exemplary customer service. Fundraisers sadly can’t do likewise, because they’re bound hand and foot by outdated ideas about immediate returns, overhead, risk-aversion and cost ratios. If we’re all about return on investment in the here-and-now, we’ll never invest to build the future, will we? Really, this isn’t rocket science.

This time though, the change has to be cultural—deep down and lasting, right into our DNA. It’s helpful therefore that, in essence, CDE’s reams of recommendations and practical advice boil down to something refreshingly easy to grasp. For permanent change to come and stay, all that’s needed is integrity, commitment, care for our customers and inspiration, driven by the right kind of people. Simple, huh? Well, that’s what I thought, first time around.

But now, fundraising really has to change. If donors are still complaining in 18 months, government and the regulators will all step in—and then woe betide us. At least by then I’ll have the consolation of being able to hang up my boots with conscience clear, and nobody will disagree with me when I say, “Well, at least I tried.”

At its heart, the proposition is devastatingly simple: If you are nice to people, they’ll be nice back to you. If giving is a good experience, donors will do more of it. If it isn’t a good experience, they’ll soon stop. A 5-year-old could grasp it. But not, it seems, fundraising leaders chasing quick hits and immediate returns. As a practical theory, it’s not enough to fill half a page—far less the four books I’ve written on the theme. (But don’t be put off, please. The books do provide step-by-step guides on how you can implement relationship fundraising in your organization).

Other Fundraisers Beware—This Could Be You

If you are reading this in a country that isn’t part of the U.K., watch out. There’s a regulator about. He or she could soon be coming after you, as ours did for us. And unless your fundraising practices are very donor-centered indeed, your media could sniff out a story or two that will appeal to their readers, just as ours did. And like ours, your media too will probably not be averse to bending the truth a tad to fit what it imagines its readers will find most salacious. There’s a good chance this has already happened.

Giving is voluntary. All we give donors in return is a good donor experience. If we don’t give them that, of course they’ll stop giving and leave. The CDE’s role is simple and clear. Sometime soon, charities individually and collectively are going to have to start planning and building their businesses for the long term. When they do, the tools they’ll need to make that work will be in place. In 25 years’ time, I don’t want to still be saying, “You’ve missed your chance again.”

If it’s not actually passed, now is the time to get this right.