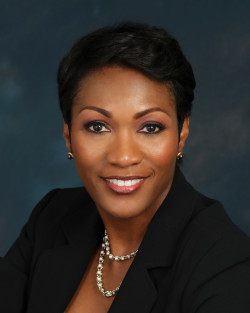 The epitome of a nonprofit professional, Tarsha has lifelong commitment to giving back. She is actively involved in the nonprofit world within her community, and she has put forth momentous efforts to advance the missions of the organizations she has been a part of—and it’s tremendous.

After losing several family members—two uncles, three aunts and a cousin—to cancer, she pivoted herself into the nonprofit industry with fever and passion, committed to helping service-based organizations learn how to build relationships that would generate to type of funds needed to fulfill their mission. On top of losing those family members, her mother was battling cancer at the time, which led her to take a leap of faith to leave her corporate job and join the American Cancer Society to answer a higher calling. She often said, “Cancer has messed with the wrong family. It’s time to fight back.” During her time at the American Cancer Society, she immersed herself in her work and developed strategies that led to the growth of the organization, including her work with the CEOs Against Cancer Initiative. In a short two years, the program’s annuals gifts went from $149,000 to more than $20 million.

From there, she joined Emory University where she established the Office of Corporate Relations, where she used her nonprofit knowledge to build a corporate relations program that has set the stage for industry/university successes. While at Emory, Tarsha has been actively engaged in many community-based nonprofits that have enhanced Emory’s position in the marketplace as a university-of-choice partnership. She has also deepened synergies between the global corporate philanthropic community and the university, building programs that make it seamless for a company to work with the complexity of a university.